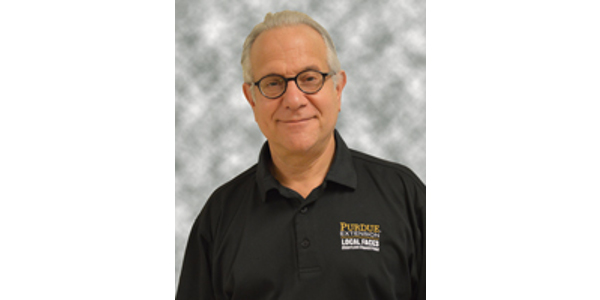 “There are not that many specialists and experts covering the state,” Cliff Sadof said. “When there are concerned citizens reporting, however, we have many more eyes and a better chance of detecting and eradicating a harmful species early.” (ag.purdue.edu)

The campaign is designed to enhance awareness about invasive species and encourage reporting of invasive species from what Purdue University entomology professor Cliff Sadof calls “citizen scientists.” This includes people who spend time professionally or recreationally in the outdoors and is interested in learning about invasive species. A major tool in the fight against these species is the Report INvasive website, hosted by Purdue College of Agriculture and the Indiana Invasive Species Council. The website includes several ways that people can report invasive species, including a smartphone app from the Great Lakes Early Detection Network.

“There are not that many specialists and experts covering the state,” Sadof said. “When there are concerned citizens reporting, however, we have many more eyes and a better chance of detecting and eradicating a harmful species early.”

The best regional example of successful reporting, he added, is the case of the Asian longhorn beetle, which made its way to Chicago several years ago.

“One of the first cases was found and reported by an arborist,” Sadof said. “He reported it and specialists were able to act quickly, functionally eradicating it from Chicago. That’s all because someone said something and did something. That’s the mentality we’re trying to instill here in Indiana.”

Elizabeth Barnes, the exotic forest pest educator in the Department of Entomology and collaborator on the Report INvasive project, explains that citizens can also call Indiana’s Department of Natural Resources at 1-886-NO EXOTIC (1-886-663-9684) to file a report or email depp@dnr.in.gov.

At the moment, Barnes said, invasive species specialists are extremely concerned about the Asian longhorn beetle and the spotted lanternfly. Neither species have been found in Indiana yet, but Barnes said they are popping up so many places across their arrival in Indiana is almost a guarantee.

“We want to know the minute that happens,” Barnes said.

But insects aren’t the only area of concern to specialists. Experts are monitoring dozens of species from feral hogs to bush honeysuckle.

In addition to reporting sightings or damage, Barnes also advises reading up on management techniques and, if possible, saving samples for experts to analyze.

“For invasive insects, if the person is comfortable with this, we would love for them to catch the offending insect, put it in a plastic bag or container and throw it in their freezer,” Barnes said. “It’s also a humane way to kill them.”

Invasive species can have serious and long-lasting effects on landscapes and ecosystems and can also wreak havoc throughout agricultural and nursery businesses.

“Invasive species can cause grave environmental and economic impacts to our state,” Sadof said. “People should think about this when deciding whether or not to educate themselves or report.”