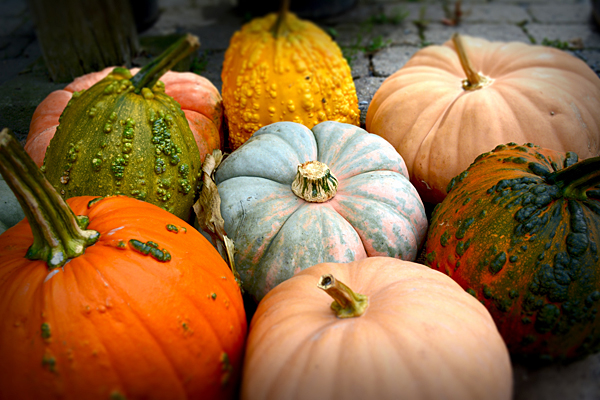 The light pink, round seasonal decoration shaped a lot like a pumpkin that sits on your neighbor’s porch just might be one. (Thinkstock)

COLUMBUS, Ohio — The light pink, round seasonal decoration shaped a lot like a pumpkin that sits on your neighbor’s porch just might be one.

And to think a decade ago, pumpkins were mostly just — round and orange.

Pumpkins are constantly crossbred, so new colors and features are always coming into being — and eventually into vogue.

Bergefurd helps lead OSU Extension’s research testing pumpkin seeds from all over the world, to ensure the new varieties hold up in different climates and fend off diseases.

One of the varieties being grown and tested is tan, and several have a lot of bumps, resembling warts on a witch’s nose. Warty pumpkins used to all be smaller, but now there are several 15- to 20-pound varieties. The warty ones always intrigue kids in the pumpkin patch, so they zero in on them, Bergefurd said.

“I really think they’re going to take off in the market place,” he said.

White pumpkins are also being grown and tested at the OSU Extension research plots to try to get the perfect white that doesn’t turn bluish or yellowish with age. Cinderella pumpkins, the ones shaped like the carriage in the children’s fairytale, were tested on the plots as well.

Because it’s not enough to festoon your porch with pumpkins, gourds have gained in popularity, and they too have evolved with new and weird shapes and colors every fall.

Some are smooth and bent at the neck, others bumpy or bell-shaped, green, yellow, white and striped. Among the more unusual are speckled swan neck gourds, which look a lot like green swans, with long, thin necks that morph into a head at one end and at the other, a round, squat body.

Pumpkins and gourds are part of the same family of cucurbit vegetables that includes squash, cucumbers and similar produce. But gourds, unlike their cousins, butternut squash and pumpkins, are not edible. So, after Thanksgiving, they’ll most likely need to be tossed. For those who hurl them into the compost pile, next fall might bring a surprise: a cross-pollinated gourd version that’s even odder than the previous year’s.

5 things to know about Wagyu beef