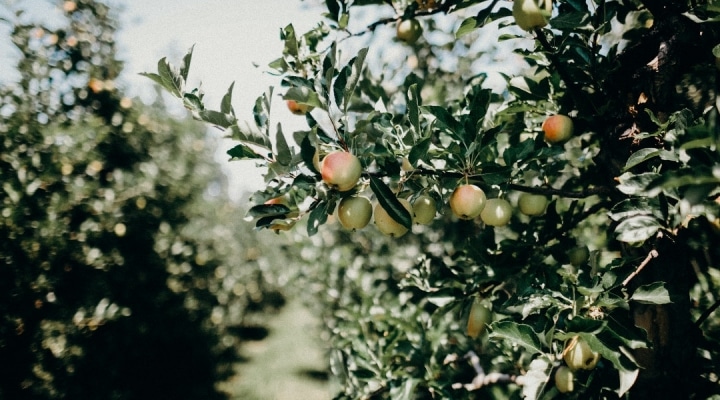 Cider Week New York 2021 will include a hybrid mix of both virtual and socially distanced in-person events including special flights, virtual tastings, panels, local promotions and dinners. (Photo by Liana Mikah on Unsplash)

BEACON, N.Y. –The New York Cider Association is thrilled to announce a new model for their annual Cider Week festivals as Cider Week New York 2021 will, for the first time ever, host events across the entire state. The new expanded format will include two Cider Week festivals with the first held in the spring from May 15th through the 31st and the second held in the fall from October 2nd through the 17th. As New York state begins to safely and thoughtfully re-open after the Covid-19 pandemic, Cider Week New York 2021 will include a hybrid mix of both virtual and socially distanced in-person events including special flights, virtual tastings, panels, local promotions and dinners. For more information, a full listing of the 37 cidery participants and events, and where to buy cider, cider lovers can visit www.ciderweeknewyork.com. Virtual Cider Week programming can be viewed at New York Cider Association TV Channel on YouTube.

Directly tied to New York’s agricultural cash crop of apples, cider in New York has seen an unprecedented growth explosion of over 450% over the past ten years and now has a $1.6 billion economic impact to the NY state economy. With over 140 producers making over 5 million gallons of cider every year, New York continues to rank first in the country for the number of cider producers.

“As we look to safely gather together again, we’re excited to celebrate New York cider in an even broader way,” says Scott Ramsey, Executive Director of the New York Cider Association. “Moving our Cider Week festivals to a statewide celebration elevates the NY Cider story to a well-deserved level that reaches across all of New York State and beyond.”

As a Presenting Sponsor, Glynwood’s Senior Director of Regional Food Programming, Megan Larmer, says, “The resilience of the New York cider community this past year has been beyond inspiring and shows the power of developing regional food systems. Glynwood is proud to support this statewide celebration of the growers, makers, and beverage professionals who make New York the state of cider.”

Maine's agriculture fairs back on the moo-ve after year off
June 21, 2021