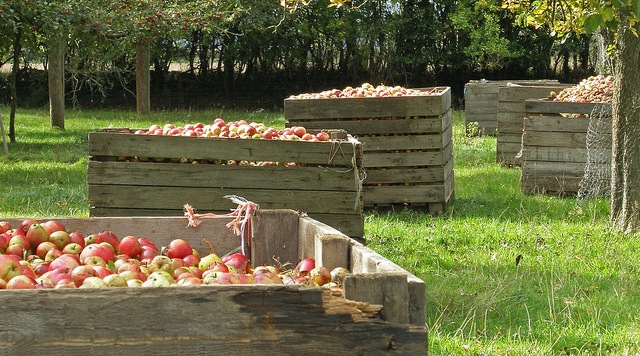 This year introduces an exciting twist: Destination Cider, limited edition ciders made with 100% New York State apples, available only on the farms where they are produced. These speciality farm- and orchard-based beverages will not be available at any other venue during Cider Week. (Amanda Slater, Flickr/Creative Commons)

COLD SPRING, N.Y. — Now in its 7th year as a multi-faceted festival with a flavorful message, Cider Week Hudson Valley kicks off Friday, June 9, with cidercentric happenings being hosted through June 18 at numerous cideries, bars, restaurants, shops and markets throughout the region. As a reflection of rapidly growing demand for hard cider experiences, Cider Week Hudson Valley is introducing a next-level experience that helps connect cider drinkers to cider makers. To satisfy consumer curiosity about the farm-based nature of the ciders of our region, this year’s Cider Week also defines the Hudson Valley as a place where apple growers play an important agricultural role. Kicking off Friday, June 9, Cider Week runs for 10 days.

Ciders of the Hudson Valley

Ciders of the Hudson Valley is a collective identity developed by Glynwood for the Cider Project that represents the vanguard of Hudson Valley cider production, producers who have been making cider for years, alongside others who started licensed production as recently as this year. Promotions include a new website and an illustrated map that identifies orchard-based cideries in the region, many of which are agritourism destinations with on-site tasting rooms, farm markets and food service. Info: cidersofthehudsonvalley.com.

For the most updated calendar of events and locations, visit ciderweekhv.com. Highlighted events include:

About the Cider Project/Cider Week:

Glynwood launched The Cider Project in 2010 with a travel exchange between French and American producers of hard apple cider, the outcome of which was a shared vision formed by local cider makers to establish their product as the signature beverage of our region. Initiatives and collaborations under the Cider Project auspices broaden opportunities for the region’s apple growers and have supported the production of orchard-based hard cider. Cider Week events were created by Glynwood that same year as a way to connect trade professionals to farm-based cider producers in the region, while also increasing public awareness and appreciation. In seven consecutive years, Cider Week has grown from a series of marketing events for producers and retailers into a fully governed statewide trade association of more than 60 members, buoyed by hard cider’s increasingly large stake in the nation’s beverage industry.

Glynwood is a non-profit organization serving food and farming professionals across New York’s Hudson Valley. To fulfill its mission of a region defined by food where farming thrives, Glynwood provides career training for farmers and fosters a regional food culture that is closely tied to farming. Guided by the highest standards of ecosystem, soil, animal and community wellbeing, the 225-acre livestock and vegetable farm at Glynwood serves as a teaching venue for aspiring farmers and a testbed for regenerative farming practices. The public events hosted at its unique facility spark a dialogue with visitors and guests about the myriad benefits of a sustainable food system. glynwood.org.