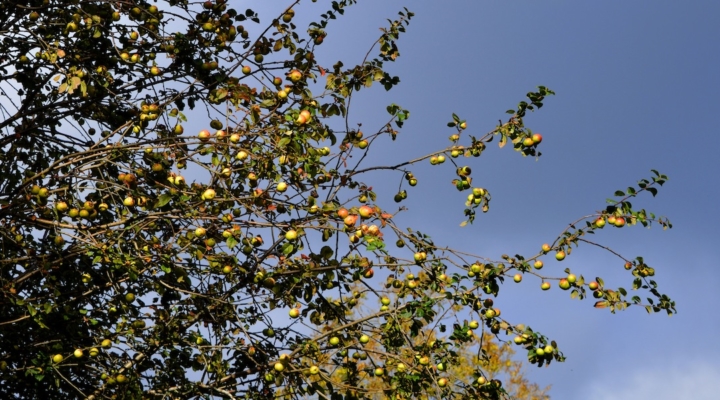 As the craft cider industry continues its yearslong resurgence and not enough commercial cider apples available, some cider-makers are foraging old wild apples that have links to the country's early cider making past. (Philip McErlean, Flickr/Creative Commons)

ROCHESTER, Vt. (AP) — With a vigorous shake of a tree limb, small wild apples rain down onto a plastic tarp at an old farmstead in Vermont.

David Dolginow, co-founder of Shacksbury Cider, and a colleague then collect the yellow-skinned fruit in milk crates. In their quest for the best apples to make hard cider, they’ve hunted for heritage wild apples on mountain roadsides, in the thickets of old pastures, and in backyards — with the homeowners’ permission of course — through its Lost Apple Project.

“In the search for the pinot noir of apples, we’ll go far and wide,” Dolginow said.

As the craft cider industry continues its yearslong resurgence and not enough commercial cider apples available, some cider-makers are foraging old wild apples that have links to the country’s early cider making past. Of the estimated 700 craft cider-makers in the United States, at least two dozen are using foraged wild apples in at least one of their ciders, said Michelle McGrath, executive director of the United States Association of Cider Makers.

“It’s a growing trend,” that started in the last couple of years, she said.

What cider-makers are seeking are tannins and acidity in the wild apples which are no good to eat, but add complexity to cider. They taste so bittersweet or sharp, they’re called the “spitters” in the cider world.

“This focus is founded on the belief that early Americans drank history’s best cider,” according to the family-owned Aaron Burr Cidery, in Wurtsboro, New York, which uses its own cider apples as well as locally grown and foraged wild apples to produce what it calls “true cider.”

Wild apple cider is unfiltered so in general it’s a little cloudy and the taste is diverse. It tends to be more floral, have a tartness and leave a drying sensation in the mouth, said Andy Brennan of Aaron Burr Cidery.

Wildcraft Cider Works in Eugene, Oregon, not only harvests wild apples itself from farms and old orchards, it also has an annual community apple drive where residents bring in their backyard fruit and get cider or juice in return. Wildcraft then produces a batch of community drive cider.

Last year, about 46,000 pounds of fruit came in, “which was amazing. So that was really exciting,” said Amy Marx of Wildcraft.

The goal for Shacksbury, which sells its ciders around the country, and its specialty ciders through its cider club, is to find the best wild apples and propagate their own trees from the wild ones. It has a registry for landowners to notify them of the flavors and number of trees. On a recent day, someone dropped off several paper grocery bags full of apples for Shacksbury to try, with a guess at what variety they were — Baldwin.

From its samplings, it produces a Lost and Found cider and fermentations named after the areas where the apples we’re harvested as well as some single varietals. 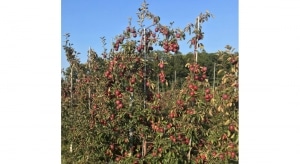 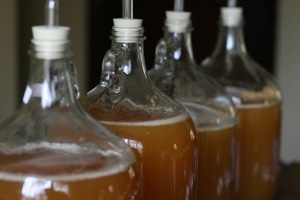 UNIVERSITY PARK, Pa. — The eastern European country of Ukraine — ranked 12th in global apple production — is positioned to take a slice of the blossoming global hard cider market, valued at $4.4 billion and projected to reach $5.4 billion by 2025, per statistics from Grand View Research. Providing the country’s apple farmers and […]