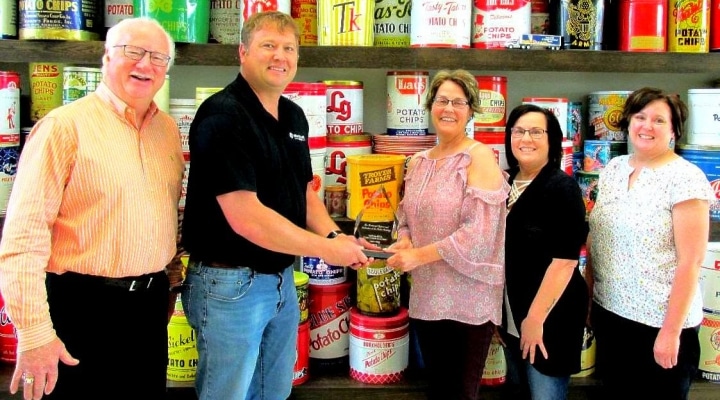 Charles ‘Chuck’ Troyer passed away December 3, 2020 at the age of 82. Chuck was born in Smithville, Ohio and started working for Troyer Manufacturing out of high school, a company his father started.

He moved to East Grand Forks, Minnesota in 1961 and opened Troyer Manufacturing of the Red River Valley with his brother, Jim. They specialized in building and selling potato equipment.

When Troyer Manufacturing closed, Chuck went to work for TerraMarc and Harriston Industries. Later in life, Chuck worked for Black Gold Farms. He would get farms set up for planting and harvesting and worked mainly at the Black Gold Farm in Texas.

“Chuck had a tremendous passion for potatoes and an even greater passion for potato people! He made many great contributions to the industry over the years. Chuck knew just about everyone, and they respected his knowledge regarding many things but potato equipment in particular.” says Eric Halverson, CEO of Black Gold Farms.

“His biggest contribution to the industry, however, in my opinion, was that Chuck was such a great person.”

Eric added, “He had an infectious laugh, and he was the type of person that was always willing to lend a hand. He loved hanging out and chatting with potato people, he put the interests of others ahead of himself. I can’t imagine the potato industry without Chuck as a part of it.”

Chuck was a lifelong Potato Associate and gave a great deal of his time to the potato industry.

Duane ‘Sarge’ Preston was one of the ‘Coffee Guys’ and knew Chuck for over 40 years. He says “Chuck was a fine man, a good man, always had a smile on his face and a great attitude. He knew the potato business well and we enjoyed talking about the industry with a cup of coffee in the mornings.”

He was most deserving of this award and will truly be missed by everyone.

For more news from the Plains check Minnesota’s page here.