Home » Christmas trees and their decorations have evolved
forestry holidays 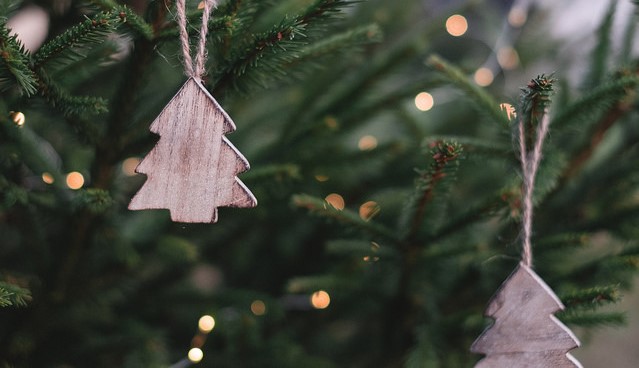 The exact origin of the Christmas tree isn't known, but for centuries, people have had the urge to decorate trees at this time of year. (freestocks.org, Flickr/Creative Commons)

WASHINGTON — In the story of St. Boniface, a Thunder Oak decorated with lit candles and gilded apples was glowing in the dark forest one Christmas day in 8th century Germany. The pagan god Thor was to be appeased with a human sacrifice. But Wynfred, an English Christian missionary later to be known as St. Boniface, split the giant oak into four parts with one stroke of an ax, revealing a small fir tree nearby … the first Christmas tree, perhaps.

The exact origin of the Christmas tree isn’t known, but for centuries, people have had the urge to decorate trees at this time of year.

In ancient Rome, decorated trees were part of the festival of Saturn, celebrated beginning Dec. 17. The Paradise Tree of the Middle Ages was a fir tree hung with red apples, a prop used in the Biblical play telling the story of Adam and Eve. That tradition was moved into homes after the “miracle plays” were banned in the 15th century. In Germany, a written record from 1604 describes trees decorated with paper roses, apples, and figures of Adam and Eve and a serpent.

The custom of decorating trees at Christmas gained popularity in the British Empire in 1841 when Queen Victoria and Prince Albert celebrated the birth of their first son with a decorated tree at Windsor Castle.

AND NOW FOR SOME LIGHTS

In the late 19th century, gas jets and then electric lights were tried as replacements for candles.

According to the National Electrical Contractors Association, the first electric Christmas lights were lit in 1882, three years after the incandescent bulb was invented. Edward Johnson, a friend and partner of Thomas Edison, hand-wired 80 “patriotic” red, white and blue bulbs and wound them around a rotating evergreen tree in his home. In subsequent years, publicity (such as Grover Cleveland lighting the White House tree with electric lights) and electrification in rural areas made electric Christmas tree lights more popular.

The “technology” of the tree itself has also advanced over the years, mostly to adapt to warmer and drier homes. Firs, spruces and some pines were found to be the best evergreens at holding onto their leaves under these conditions, both for looks and to reduce the fire hazard from dry leaves indoors.

Another way to offset the effects of today’s drier homes is to put the tree in the coolest spot, or at least not right where an air duct spills hot air out into the room. Spraying the tree with an anti-transpirant such as Wilt-Pruf also helps. Keeping the base of the tree in water — after making a clean cut — allows water to enter the base to replace moisture lost through the needles. A couple of tablespoons of bleach in the water inhibits bacterial growth which clogs the stems.

USDA launches next round of trade payments

Recruiting ants to fight weeds on the farm