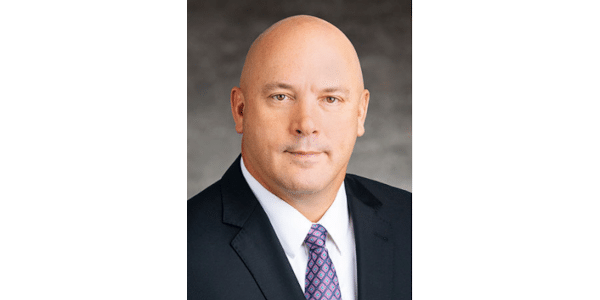 The Board of Directors of Ag Processing Inc a cooperative ("AGP" or the "Company") announced that it has named Chris Schaffer as its Chief Executive Officer and General Manager effective August 1, 2021. (Courtesy of AGP)

OMAHA, Neb. — The Board of Directors of Ag Processing Inc a cooperative (“AGP” or the “Company”) announced that it has named Chris Schaffer as its Chief Executive Officer and General Manager effective August 1, 2021. Schaffer, who currently serves as AGP’s Senior Vice President of Ag Products, will succeed current CEO Keith Spackler who earlier this year announced his plans to retire.

“Chris Schaffer is an outstanding leader with a track record of success in growing commodity markets, adapting to evolution in agriculture, and achieving strong returns,” said Lowell Wilson, Chairman of the AGP Board of Directors. “His knowledge of AGP, the cooperative system, and agricultural markets will serve him well as the Company continues its mission to add value and returns for our members and their producer-owners. We are confident that under Chris’ leadership, AGP will continue to achieve growth initiatives and pursue opportunities to further serve agriculture and the cooperative system.

“AGP has a long-standing history of success, and we look forward to building on the existing strengths, while creating and capitalizing on new opportunities,” said Schaffer. “Working with the many exceptional people in achieving success at AGP is a tremendous honor and privilege, and I look forward to working with the Board, management team, and employees in continuing the growth, development, and success of this cooperative. I am proud to be a part of the cooperative system dedicated to serving agriculture.”

Schaffer’s career spans over 27 years in agribusiness. He joined AGP in 1994 as a merchandiser and served at AGP’s corporate headquarters as well as the Sheldon and Eagle Grove, Iowa facilities. From 1997-1999, Schaffer worked for the U.S. Feed Grains Council as Manager of International Operations, traveling to various countries promoting trade opportunities. In 1999, Schaffer rejoined AGP specializing in trading various commodities both domestically and internationally. He was promoted to Vice President of AGP’s Ag Products division in 2012 and named Senior Vice President of Ag Products in 2017. He currently serves on the Boards of the National Oilseeds Processors Association and the National Grain and Feed Association.

A native of Lake City, Iowa, Schaffer grew up on a corn and soybean farm. He holds a Bachelor of Science degree in Agricultural Economics from Iowa State University.

Chris and his wife Lisa reside in Waterloo, Nebraska.

AGP (www.agp.com) is a leading agribusiness with primary operations as a major U.S. soybean processor/refiner producing and marketing soybean meal, refined soybean oil, and biodiesel. AGP businesses also include agricultural product trading in domestic and international markets and numerous U.S. grain elevator operations. With fiscal 2020 annual sales of over $4 billion, AGP is one of the nation’s largest cooperatives, and is owned by 149 local and regional cooperatives representing over 200,000 farmer-producers across the United States. Corporate headquarters are in Omaha, Nebraska.