Home / National / Chinese tariffs severely impacted US wheat exports
A new user experience is coming! We'll be asking you to login to your Morning Ag Clips account March 1st to access these new features.
We can't wait to share them with you! Read more here. 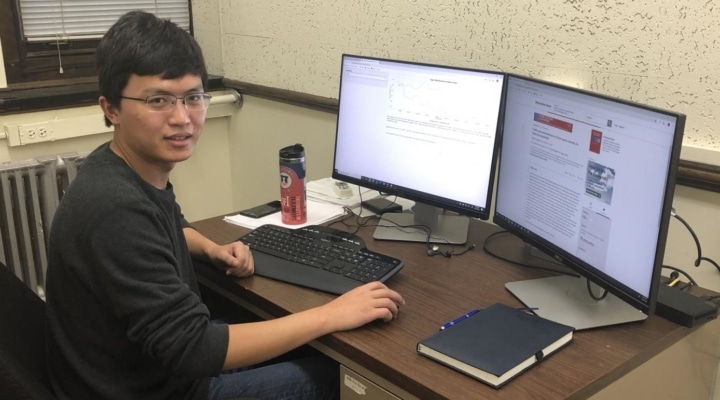 URBANA, Ill. — The U.S. and China recently agreed to a phase one trade deal that aims to resolve the current trade war between the two countries. But that is just the latest development in longstanding and complicated U.S.-Chinese trade disputes.

China has consistently used tariff rate quotas to restrict grain imports, and in 2016 the U.S. launched a complaint to the World Trade Organization (WTO) over China’s implementation of tariff rate quotas on wheat, corn and rice. In their report, issued in April 2019, WTO sided with the U.S., but did not provide an assessment of the effect on U.S. exports.

“Our analysis shows that if China hadn’t used trade policies to restrict trade, wheat imports from the U.S. could have been more than 80% higher in 2017. That’s a value of around $300 million,” says Bowen Chen, a postdoctoral research associate in the Department of Agricultural and Consumer Economics at U of I. Chen is lead author on the study, which was conducted as part of his doctoral dissertation.

The system is intended to allow some access for imports at a low tariff rate, while the second-tier tariffs provide protection for domestic commodities. Under the TRQ agreement, China is obligated to import certain quantities of grain at the low tariff level. However, the U.S. contended that these obligations were not fulfilled, and that China’s imports of corn, wheat and rice were far below in-quota quantities.

Chen and his colleagues analyzed trade and price data to assess the impact of Chinese TRQ policies on U.S. grain exports. They also sought to explore the rationale behind the grain quota administration in order to better inform policy initiatives and trade negotiations.

The researchers obtained monthly trade data for grain commodities from 2013 to 2017, using information from a United Nations database and the Ministry of Commerce in China. They also looked at domestic price data published by the Chinese Ministry of Agriculture. Using the trade and price data, they estimated the import demand elasticities for corn, wheat and rice.

“We estimate how the prices would have been reduced if China was not imposing the tariffs. Then we simulate how the quantities would change based on the price and elasticity,” Chen says.

Overall, the researchers concluded that China’s 2017 grain imports could have been $1.4 billion or 40% higher. Wheat imports from the U.S. could have been $324 million or 83% higher without the restrictive policies. Corn and rice imports were affected to a lesser extent.

Chen cautions that those results are contingent on Chinese domestic prices being equal to world prices, assuming that China would not maintain high prices to support domestic production.

“If China liberated their import policy and reduced domestic price support, such market policy reforms would alleviate pressure from trading partners,” Chen says. “However, they may not be interested in full trade liberalization at this time.”

Chen explains that China has used TQR as a trade policy instrument to stabilize domestic prices and restrict imports, and his research can help understand why they engage in this practice.

“These restrictions will make foreign commodities more expensive and give more incentive for domestic producers, so China can eat more domestically produced food,” he says.

“China wants to feed itself and be less dependent on other suppliers. Furthermore, China has huge grain stocks and want to use them. Finally, international prices are volatile, so for food security reasons they don’t want prices to fluctuate too much. They want to have stable food prices so people can feel safe, buying the same food with the same budget.”

Chen says the study can have implications for trade negotiators and policy makers, both in the U.S. and China, by showing the effect the TQR policy has on trade.

Soybean trade is an important part of the trade negotiations between the U.S. and China, and that will be the topic for Chen’s next research project.

“We will quantify the impact on U.S. soybean exports to China, calculating how exports have been reduced by the trade war in the last year. That’s what I’m currently working on,” he says.

Deadlines near for those who received 'top-up payments'