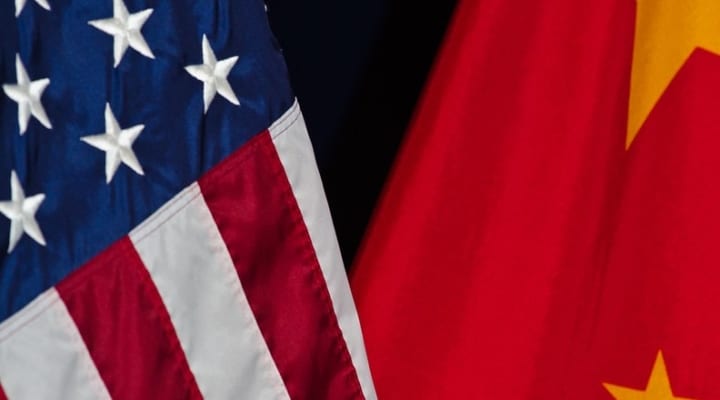 URBANA, Ill. — This article examines changes in China’s imports of meat and dairy products since 2000, with a focus on the current decade.  Data are from the US Department of Agriculture, Foreign Agriculture Service’s Production, Supply, and Distribution data base.

This article is a companion to the farmdoc daily articles of November 4, 2020 and November 16, 2020.  They, respectively, examined China’s aggregate grain and oilseed sector and China’s corn sector.  While not exclusively about China, the November 18, 2020 farmdoc daily article exploring the changing distribution of world corn production is also part of this series. 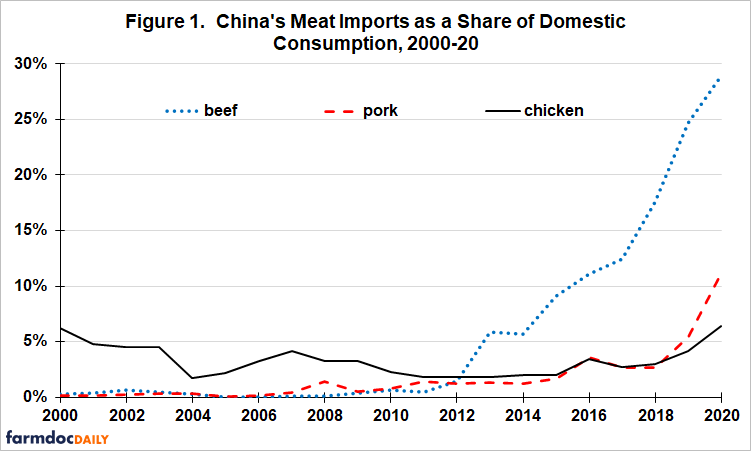 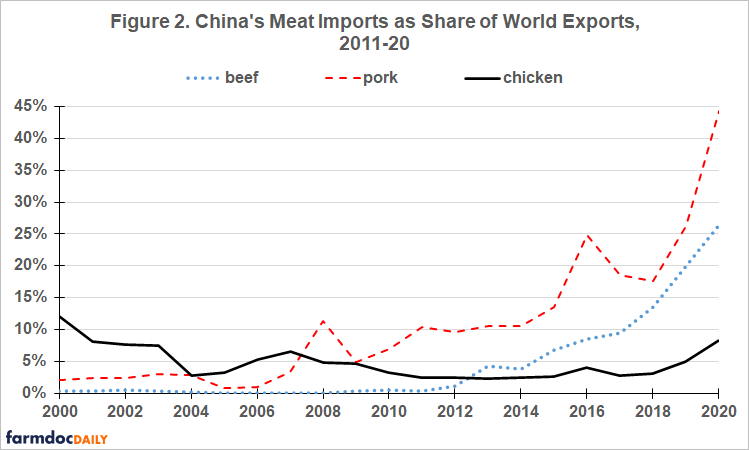 China’s consumption of pork is over seven times larger than its consumption of beef.  Nevertheless, since 2010 average annual increase in imports measured in million pounds is nearly two times larger for beef than pork, underscoring the dramatic growth in China’s imports of beef.  Both beef and pork imports are measured in carcass weight equivalent (CWE).  CWE is the conversion of meat cuts and meat products into an equivalent weight of a dressed carcass (USDA, Economic Research Service).  CWE includes bone, fat, tendons, ligaments, and inedible trimmings. 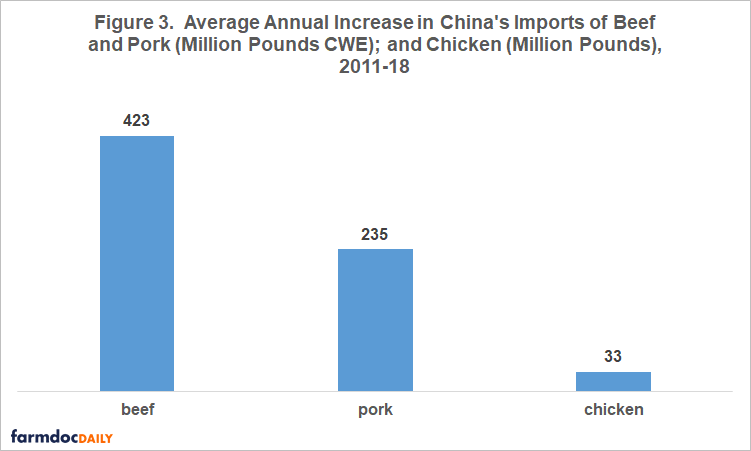 USDA did not report data for China’s production and consumption of butter and cheese until 2011.  Thus, examination of China’s dairy imports starts with 2011.  Imports for 2019 and 2020 do not appear to be outliers and thus are included in the discussion of historical trends.  Imports of all products in Figure 4 were markedly higher at the end than beginning of the current decade.  By 2020, imports as a share of domestic consumption exceeded 90% for nonfat dry milk, 50% for butter, and 30% for cheese and dry whole milk powder.  While a much smaller share, imports of fluid milk grew from essentially 0% to 2.6% of China’s consumption in the current decade. 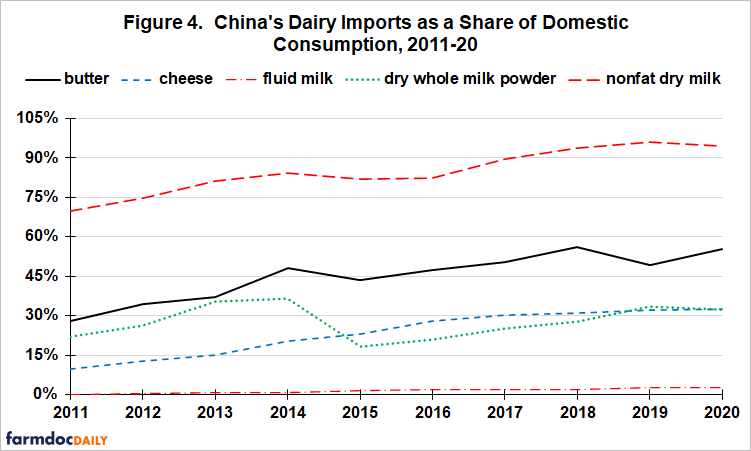 The same general story emerges when China’s dairy imports are expressed as a share of world exports (see Figure 5).  An important addition to the story is the nearly 10-fold increase in China’s share of world trade of fluid milk, from 5% in 2011 to nearly 50% in 2020. 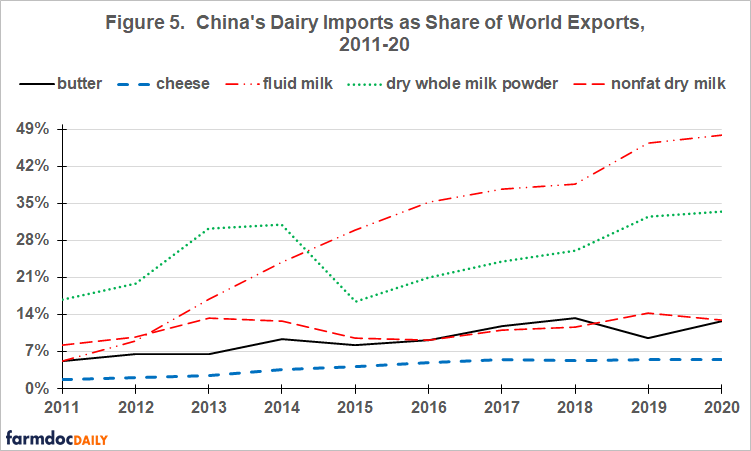 Since 2010, imports have become an increasingly important source for China’s consumption of animal protein.  Except for chicken, China’s consumption is growing faster than domestic production.  This observation holds even if the large increases in 2019 and 2020 due to African Swine Flu are excluded.

China’s role in total world trade of animal protein has concurrently increased.  Its role is now large enough for its import decisions to impact prices of many meat and dairy products.  This pricing impact could dampen future growth in China’s imports of these products.

The Increasing role of imports by China is especially notable for bovine products, suggesting China is adopting a more western style diet as its economic affluence increases.  Questions regarding resource constraints and environmental impacts loom.  A potential solution that bears close watching is whether China will emerge as a leading consumer and producer of alternative animal protein to satisfy its growing demand for animal protein in general and bovine protein in particular.  Alternative animal protein includes cellular-produced meat and plant-based protein.