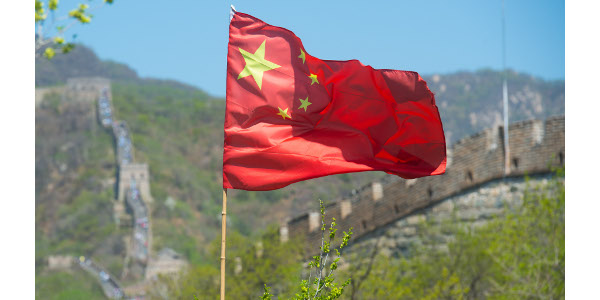 Iowa soybean leaders said the announcement by the White House of its intentions to impose up to $60 billion in tariffs and sanctions against China poses an immediate and grave threat to their industry and Iowa agriculture. (Photo by Joseph L. Murphy, Iowa Soybean Association)

ANKENY, Iowa — Iowa soybean leaders said the announcement by the White House of its intentions to impose up to $60 billion in tariffs and sanctions against China poses an immediate and grave threat to their industry and Iowa agriculture.

Shipley, who farms near Nodaway in southwest Iowa, provided the comments from China where he is currently participating in a week-long trade mission. It includes stops in Beijing, Wuhan City, Zhanjiang and Shenzhen.

“No winners emerge from a trade war and that’s particularly true when it involves food and nutrition,” he said. “It’s very clear from our conversations this week in China that our most important customer of U.S. soybeans doesn’t desire a trade war. The people just want to do business.

“So, too, do Iowa and U.S. farmers, particularly as we prepare to go to the fields and plant what could be a record number of acres.”

China, with a population of more than 1.4 billion, imports 62 percent of global soybean production. Nearly 39 percent of China’s soybean imports originate from the United States valued at nearly $14 billion.

Iowa and U.S. agricultural officials have long warned the White House about the negative implications for the soybean industry if sanctions and tariffs are imposed. In just five years, farm income has declined 50 percent while crop prices have dropped 40 percent.

Ironically, agricultural trade nets the United States one of its few trade surpluses, with soybeans among the most valuable, Shipley said.

Soybean officials have heard directly from the Chinese government that soybeans are a prime target for retaliation. The move would significantly endanger a relationship that goes back more than 30 years when China’s population was approaching 800 million.

“A trade war with China involving soybeans would be devastating,” said ISA CEO Kirk Leeds. “With U.S. commodity prices struggling and other countries ramping up soybean production, this is precisely the wrong time for the U.S. to retreat as a trusted source of high-quality soybeans. South America will be the primary beneficiary if we do.”

The impact of the tariffs will have reverberations far beyond Iowa’s soybean fields. Iowa soybean production involves numerous and important sectors of Iowa’s ag economy including seed, transportation, processing and manufacturing.

Leeds, who’s also participating in this week’s ISA-led trade mission to China, echoed calls by other agriculture officials for the White House to quickly reconsider its call for such massive and immediate sanctions.

“Unfortunately, agricultural trade is often the first casualty in any trade war or retaliation,” he said. “When that happens, everyone loses.”