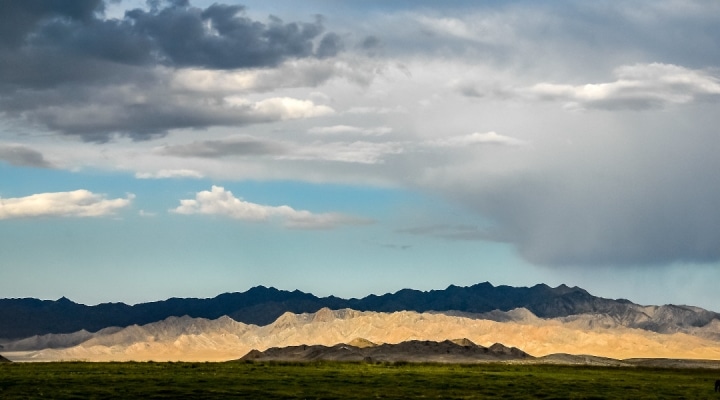 The hottest, driest summer since the government began recording rainfall and temperature 61 years ago has wilted crops and left reservoirs at half their normal water level. (Bernd Thaller, Flickr/Creative Commons)

CHONGQING, China (AP) — China says it will try to protect its grain harvest from record-setting drought by using chemicals to generate rain, while factories in the southwest waited Sunday to see whether they would be shut down for another week due to shortages of water to generate hydropower.

The hottest, driest summer since the government began recording rainfall and temperature 61 years ago has wilted crops and left reservoirs at half their normal water level. Factories in Sichuan province were shut down last week to save power for homes as air conditioning demand surged, with temperatures as high as 45 degrees Celsius (113 degrees Fahrenheit).

The coming 10 days are a “key period of damage resistance” for southern China’s rice crop, said Agriculture Minister Tang Renjian, according to the newspaper Global Times.

Authorities will take emergency steps to “ensure the autumn grain harvest,” which is 75% of China’s annual total, Tang said Friday, according to the report.

Authorities will “try to increase rain” by seeding clouds with chemicals and spraying crops with a “water retaining agent” to limit evaporation, Tang’s ministry said on its website. It gave no details of where that would be done.

The disruption adds to challenges for the ruling Communist Party, which is trying to shore up sagging economic growth before a meeting in October or November when President Xi Jinping is expected to try to award himself a third five-year term as leader.

A smaller Chinese grain harvest would have a potential global impact. It would boost demand for imports, adding to upward pressure on inflation in the United States and Europe that is running at multi-decade highs.

Also Sunday, thousands of factories in Sichuan province that make solar panels, processor chips and other industrial goods waited for word on whether last week’s six-day shutdown would be extended.

A document that circulated on social media and said it was from the Sichuan Economic and Information Industry Department said the closure would be extended through Thursday, but there was no official confirmation.

Phone calls to the economic agency and provincial government weren’t answered. A woman who answered the phone at the Sichuan branch of the government-owned power utility State Grid Ltd. said she had seen no notice about extending the shutdown. She wouldn’t give her name.

The governments of Sichuan and neighboring Hubei province say thousands of hectares (acres) of crops are a total loss and millions have been damaged.

Sichuan has been hardest hit by drought because it gets 80% of its power from hydroelectric dams. The provincial government says reservoirs are at half of normal water levels. It earlier called on manufacturers to “leave power for the people.”

Offices and shopping malls in Sichuan were ordered to turn off lights and air-conditioning. The subway in Chengdu, the provincial capital, said it turned off thousands of lights in stations.

Mudslides and overflowing rivers late Thursday hit six villages in Datong county, according to earlier news reports. Some 1,500 people were forced out of their homes.

See it? Squish it! Fighting the invasive spotted lanternfly