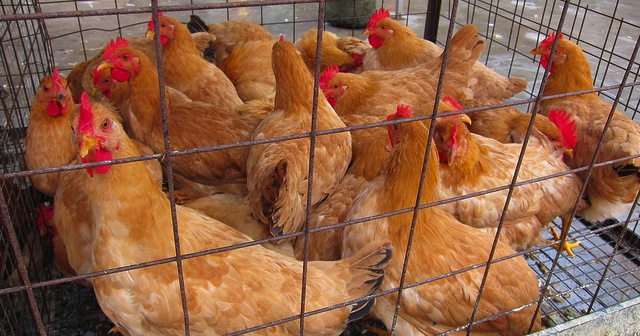 BEIJING, China — Several Chinese cities have shut down their poultry markets in the wake of a bird flu outbreak that has killed at least two dozen people this year across China.

Live poultry sales have now been suspended in Changsha, the capital of central China’s Hunan province, as well as markets across the eastern province of Zhejiang, the official Xinhua News Agency reported Sunday, as authorities deal with dozens of new cases of H7N9 bird flu.

Nearly 300 markets and slaughterhouses were shut down in the southwestern Chinese city of Suining, where authorities are also cracking down on unauthorized poultry businesses.

Xinhua reported that 21 people in Jiangsu province died in January after contracting H7N9. Hunan authorities have reported at least five deaths this year, and an infant girl has died in southwestern Yunnan province.

A major H7N9 bird flu outbreak in humans first struck China in March 2013, killing more than 40 people and devastating the poultry industry. H7N9 is considered less virulent than the H5N1 strain, blamed by the World Health Organization for hundreds of deaths worldwide over the last decade.

Most people infected with H7N9 are believed to contract it by touching infected poultry or entering contaminated areas, according to a WHO alert published last month. Experts do not believe the virus can be spread widely between humans, the WHO said.

In Guangzhou, China’s third-largest city, more than 30 per cent of the live poultry markets were found to be contaminated with H7N9, state media reported Saturday. Authorities in Guangzhou have announced temporary three-day suspensions of the poultry trade to try to contain the virus.

State asks live poultry sales to end because of bird flu
May 22, 2022