Home » Child labour in agriculture is on the rise 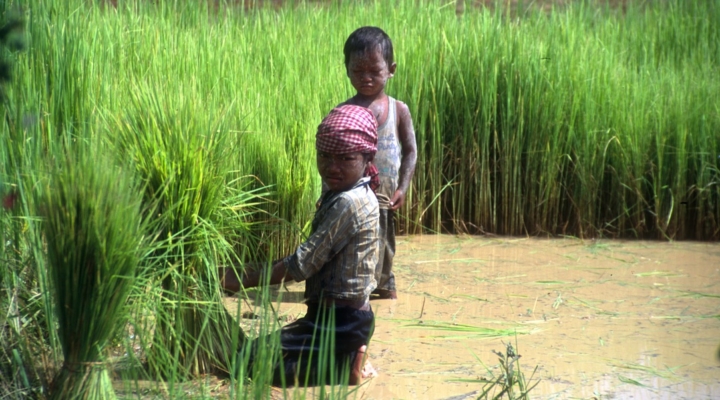 The number of child labourers in agriculture worldwide has increased by more than 10 percent since 2012 driven in part by violent conflicts and disasters. (Photo: FAO)

ROME — After years of steady decline, child labour in agriculture has started to rise again in recent years driven in part by an increase in conflicts and climate-induced disasters. This worrisome trend, not only threatens the wellbeing of millions of children, but also undermines efforts to end global hunger and poverty, warned FAO today as it observed World Day Against Child Labour.

The number of child labourers in agriculture worldwide has increased substantially from 98 million to 108 million since 2012 after more than a decade of continuous decline, according to the latest estimates. Prolonged conflicts and climate-related natural disasters followed by forced migration have pushed hundreds of thousands of children into child labour.

Households in Syrian refugee camps in Lebanon, for example, are prone to resort to child labour to ensure the survival of their family. Child refugees perform a number of tasks: they work in garlic processing, green houses for tomato production, harvest potatoes, figs and beans. They are often exposed to multiple hazards and risks including pesticides, poor field sanitation, high temperatures, and fatigue from doing physically demanding work for long periods.

At the same time, efforts to eliminate child labour in agriculture face persistent challenges, due to rural poverty and the concentration of child labour in the informal economy and unpaid family labour.

Zero Hunger is only possible with Zero Child Labour

FAO stresses that child labour in agriculture is a global issue that is harming children, damaging the agricultural sector and perpetuating rural poverty. For instance, when children are forced to work long hours, their opportunity to attend school and develop their skills is limited, which interferes with their ability to access decent and productive employment opportunities later in life including opportunities in a modernized agricultural sector.

“Children who work long hours are likely to continue to swell the ranks of the hungry and poor. As  their families depend on their work,  this deprives the children of the opportunity to go to school, which in turn prevents them from getting decent jobs and income in the future,” said FAO Deputy Director-General (Programmes), Daniel Gustafson.

“Since more than 70 percent of child labour worldwide takes place in agriculture, it is vital to integrate child labour into national agricultural policies and address the issue at the household level. Otherwise, it will further exacerbate poverty and hunger in rural areas. We need to break this vicious circle if we want to achieve progress towards the Sustainable Development Goals. Zero Hunger is not possible without Zero Child Labour,” he added.

What is child labour?

Child labour is defined as work that is inappropriate for a child’s age, affects children’s education, or is likely to harm their health, safety or morals. However, not all work carried out by children is considered child labour. Some activities may help children acquire important livelihood skills and contribute to their survival and food security.

FAO and its partners are trying to end the dependence of family farms and enterprises on child labour through improving skills of especially small family farmers, providing access to inputs and credit, especially for women, and implementing sustainable agricultural practices in order to improve productivity and make smallholder farms viable enough to employ adults in decent work. The Organization also supports countries in integrating child labour in national policy, legislation, programmes and strategies.

As part of its wider approach to eliminate child labour in agriculture, FAO promotes efforts to boost the incomes of rural families so that they have the means to send their children to school rather than work.

Working with local communities and refugees

FAO has also developed country-tailored materials offering practical guidance, such as the Handbook for monitoring and evaluating child labour in agricultural programmes and the Facilitators’ Visual Guide: Protect Children from pesticides!

In Lebanon, FAO has developed a short visual story about the dangers of pesticides for younger children, who are potentially illiterate. It focuses especially on Syrian refugee children. The agency is also working on a mobile app in the form of a game, which looks at risks and hazards associated with different agricultural settings such as horticulture, field crops and green houses.

In Uganda, FAO, in coordination with the Ministry of Agriculture, Animal Husbandry and Fisheries and the Ministry of Labour, Gender and Social Development, organizes trainings for local agricultural extension workers, labour officers, secondary school teachers and students to promote safe work for youth and prevent hazardous child labour in agriculture in several districts, including refugee hosting communities in the West Nile.

Cushing man sentenced in Larceny of Livestock case in Payne Co.
May 12, 2022