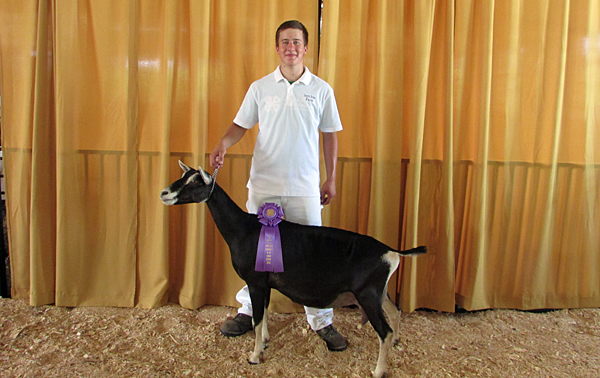 HONEY BROOK, Pa. — The Chester County 4-H Dairy Goat Show was held at the Romano 4-H Center of Chester County on Route 322, Honey Brook as part of the 4-H Fair Week on Monday. A total of 41 goat projects were exhibited and 19 4-H youth participants. This year the show was divided into three classes — Alpines Dairy Goats, Oberhasli Dairy Goats and Pet Goats.

Kyle Miller of New Port, Pa., did a great job not only in placing the animals, but also instructing the 4-Hers in how to improve their animals for show.

Another highlight of the day was watching our five Cloverbud goat participants — youth between the ages of 5 and 8, have the opportunity to enter the show ring with their animals. They all went home with Cloverbud Achievement Ribbons.

5 things about the new species of tick in the U.S.