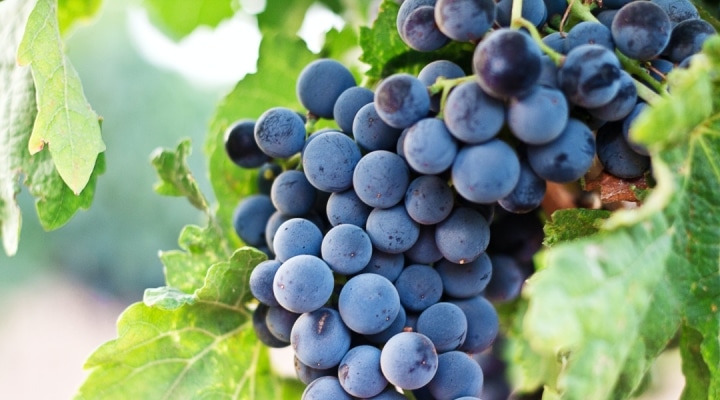 SANTA CRUZ, Calif. — As wildfire season in the West grows in length and severity, it is taking a toll on the wine industry through the effects of wildfire smoke on the quality of wine grapes. Volatile compounds in the smoke from wildfires can be absorbed by grapes and produce an unpleasant taste known as “smoke taint” in wines made from affected grapes.

A new study led by scientists at UC Santa Cruz provides valuable data and guidelines for using analytical chemistry to identify grapes and wines affected by smoke taint. Published March 3 in the Journal of Natural Products, the study is based on an analysis of more than 200 samples of grapes and wine from 21 grape-growing regions in California and Oregon.

Lead author Phil Crews, a distinguished research professor of chemistry at UC Santa Cruz, is also a winemaker and owner of a small winery (Pelican Ranch Winery). He said the extent of the smoke taint problem came to his attention in the aftermath of the 2018 Mendocino Complex Fire, when large wineries began rejecting grapes from the affected region and Crews was retained as a consultant by legal firms representing wine professionals.

“What I discovered was that proper analytical data was not provided to figure out if the grapes or wines were affected by the smoke,” he said.

Crews found that the best research on the problem had been done at the Australian Wine Research Institute (AWRI), where researchers had identified an array of compounds that could be detected in affected grapes and wines and used as “biomarkers” of smoke taint. He also found that most U.S. labs used by the wine industry were not performing adequate measurements. He designed the new study to apply the Australian methods to grapes and wines from California and Oregon.

“This research is highly valuable, with the potential to save countless dollars, and is increasingly relevant in our world of drought and climate change,” said Eleni Papadakis, a winemaking consultant based in Portland, Oregon, who was not directly involved in the study, but helped connect Crews with Oregon winemakers and participated in frequent discussions. “I believe I speak for the whole of the winemaking community when I express the excitement and appreciation for the strong data and evidence-based guidance Professor Crews and his team have provided with this groundbreaking work,” she said.

Crews’s approach emphasizes direct measurement of smoke-derived compounds in the form in which they are stored in the grapes. Previous studies have associated smoke taint with volatile phenols present in smoke from burning vegetation. These compounds are absorbed through the skin of ripening grapes and accumulate in the grapes, where they become bound to sugars to form nonvolatile compounds called phenolic diglycosides.

In the bound form, the phenolic compounds cannot be smelled or tasted, but the foul-tasting free phenols can be released by enzymes, either during fermentation of the wine or in the mouth by enzymes or bacteria present in saliva.

“We found that the phenolic diglycosides are stable in cabernet sauvignon during bottle aging, but then during tasting the monomers that smell bad get released in the mouth,” Crews said.

According to Crews, it is important to measure the bound phenolic diglycosides directly. These large compounds are not readily detected with the standard methods used to analyze aroma and flavor compounds in wine (gas chromatography/mass spectrometry, or GC/MS), but they can be measured using more sophisticated methods (ultra-high-performance liquid chromatography, or UHPLC, and quantitative mass spectrometry).

The new study provides some of the first quantitative measurements of phenolic diglycosides in premium California and Oregon grapes and wines, including eight different varietals harvested from 2017 to 2021. The results include baseline data for normal grapes, as well as grapes exposed to six different levels of natural wildfire smoke.

The analysis focused on six biomarkers recommended by AWRI as representative of the compounds associated with smoke taint. Representative biomarkers are needed to make testing practical because wood smoke contains hundreds of volatile compounds. The new findings indicated that two of the AWRI biomarkers were not useful, however, and Crews recommends replacing them with different biomarkers.

“There are still major gaps in our understanding of these compounds, so more research is needed,” Crews said. “But people can use these procedures now to look at a bottle of wine or a batch of grapes and tell if it’s likely to be affected by smoke taint.”

In his research lab at UC Santa Cruz, Crews focuses on the chemistry of tropical marine sponges and the identification of novel compounds active against cancer and other diseases. For the smoke taint study, he teamed up with a commercial testing lab, SC Laboratories in Santa Cruz, which has the staff and equipment needed to perform the analyses on a large scale.

Crews also reached out to Ryan Keiffer and Glenn McCourty at UC Cooperative Extension in Mendocino County, who helped obtain samples of grapes and wines for testing and are both coauthors of the paper. Other coauthors include Paul Dorenbach and Travis Ruthenburg at SC Laboratories; Gabriella Amberchan and Itzel Lizama-Chamu at UC Santa Cruz; and Erin McCauley at California State University, Dominguez Hills.