Home / National / Chefs are key ingredient in food systems
A new user experience is coming! We'll be asking you to login to your Morning Ag Clips account March 1st to access these new features.
We can't wait to share them with you! Read more here. 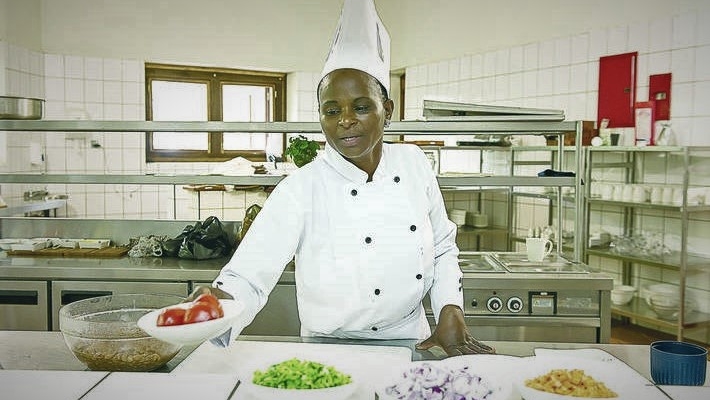 PARIS — Chefs are agents of change in the fight against hunger and malnutrition, and play an important role in inspiring people around the world to support sustainable food production, adopt healthy diets and avoid food waste.

“We have to educate and inspire people to adopt healthy diets,” FAO Director-General Jose Graziano da Silva said. “Gastronomy is more and more an area of great interest, and chefs are among the actors who can shape public opinion and influence consumers.”

“Food is since the dawn of time, an essential dimension of human exchanges, a major economic activity, and the foundation of the organization of societies. This legacy is passed on from generation to generation and is shared as communities meet. It weaves ties at the level of a society and increases the intercultural curiosity between countries,” said Audrey Azoulay, the Director-General of UNESCO.

During the event, both UNESCO and FAO leaders introduced a publication, “Chefs as agents of change“, on the joint work of both organizations in highlighting the role of chefs as advocates for healthy and culturally diversified diets.

A growing number of chefs are promoting food linked to territory and local culture, and the consumption of local, fresh food. Chefs have also become increasingly involved in the global movement to reduce food waste, championing food waste reduction efforts in their own restaurants, as well as empowering local communities to fight food waste.

Unhealthy diets are the most significant cause of the global pandemic of obesity. More than 2 billion people are estimated to be overweight, including about 670 million people who are obese. The number of obese people in the world may soon eclipse the number of undernourished people, which is currently estimated at 821 million.

“With obesity on the rise, our food systems must change from feeding people to nourishing them with healthy and nutritious food. All of these are important for the transformation we need in our food systems,” Graziano da Silva said.

Didier Guillaume, the French Minister of Agriculture and Food, emphasized the importance of national food policies based on a positive approach to nutrition, and that take into account the educational, social and cultural dimensions of food.

Representatives from research, civil society, agriculture and gastronomy also took part, discussing the links between gastronomy and education and how they can be used to fight obesity and food waste.

FAO and UNESCO working together

FAO and UNESCO are working together towards recognizing the importance of culture and heritage in achieving healthy diets and sustainable agriculture.

Governments assisted by FAO, UNESCO and other partners are working to preserve the common heritage associated with food systems through initiatives such as the Globally Important Agricultural Heritage Systems (GIAHS) and the Intangible Cultural Heritage (ICH). These initiatives seek to preserve agricultural and culinary traditions that contribute to sustainable and healthy diets, such as the Washoku culinary tradition of Japan, the Mediterranean diet, and traditional Mexican cuisine.

FAO and UNESCO are also working on strategies to reinforce food and nutrition education in schools in many parts of the world.