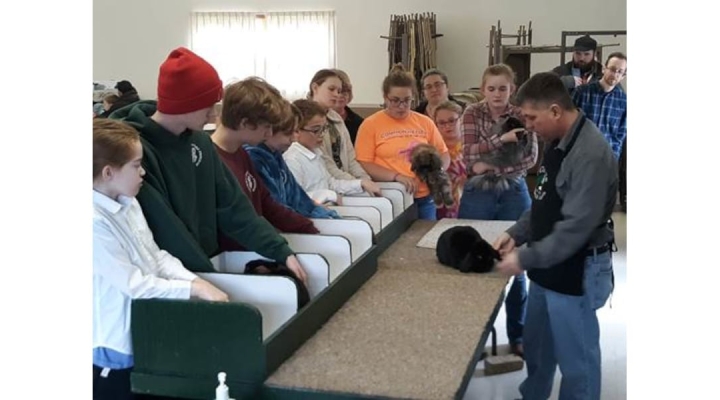 MAPLE SPRINGS, N.Y. — Cornell Cooperative Extension of Chautauqua County’s 4-H Youth Development Program held a show for youth in the rabbit project on Saturday, March 26th, 2022, at the Maple Springs Fire Hall in Bemus Point.  The show was organized by volunteers on the 4-H Rabbit Project Advisory Committee. In addition to the breed show, youth had the opportunity to partake in showmanship events to expand their rabbit handling skills and overall knowledge of the species.  Joseph Colucci judged the breed show. Youth exhibited various breeds of rabbits. The Best of Breed (BOB) and Best of Opposite Sex, (awarded to the best rabbit of the opposite sex from the Best of Breed), results are listed below.

Best of Opposite Sex:

The 4-H Youth Development Program is one of many programs offered by Cornell Cooperative Extension of Chautauqua County (CCE-Chautauqua). CCE-Chautauqua is a community based educational organization, affiliated with Cornell University, Chautauqua County Government, the NYS SUNY system, and the federal government through the United States Department of Agriculture’s National Institute of Food and Agriculture. For more information, call 716-664-9502 or visit our website at www.cce.cornell.edu/chautauqua. Cornell University Cooperative Extension provides equal program and employment opportunities.