Home » Changes on the horizon for H-2A 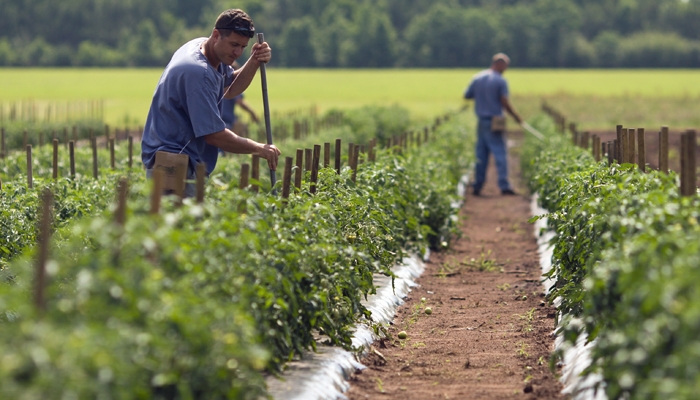 The U.S. Department of Labor (DOL) has found a number of inefficiencies in the H-2A temporary agricultural labor visa program and is proposing to change the program’s rules. (UF/IFAS Photo by Tyler Jones)

COLUMBUS, Ohio — The U.S. Department of Labor (DOL) says that it has found a number of inefficiencies in the H-2A temporary agricultural labor visa program, and the department has a solution: change the program’s rules. The DOL has proposed a number of administrative rule changes that it believes will make the approval process move along quicker, relieve burdens on U.S. farms, and create a more level playing field with regards to pay. Before we talk about the rule changes, let’s recap what the H-2A program is.

H-2A is a visa program for seasonal agricultural laborers from other countries.

Labor shortages have plagued farms across the United States for decades.  Congress first created a visa program for non-immigrant labor in the early 1950s, but it wasn’t until 1986 that Congress established the H-2A visa program for temporary agricultural workers.  Under this program, farmers may apply to employ H-2A workers on their farm on a temporary or seasonal basis for up to a year, but may apply to renew the worker’s visa for up to three total years.

In order to hire H-2A workers, an employer must certify in an application to the DOL that there are not enough qualified domestic workers willing and able to perform temporary and seasonal agricultural labor.  In order to prove that there is not enough domestic labor, the farmer must demonstrate an effort to advertise the available work in the local area.

Further, the farmer must demonstrate to the DOL that employing foreign workers will not negatively affect the wages and working conditions of similarly employed U.S. workers.  In other words, a farmer can’t hire foreign labor because it’s cheaper.  A farmer is expected to pay the foreign workers the same as the farmer would pay domestic workers, based upon the higher of the DOL’s Adverse Effect Wage Rate, minimum wage, or prevailing wage.

What does the Department of Labor seek to change?

The DOL proposes to make several changes to the H-2A program’s administrative rules.  Some of these changes update the rules to reflect what is already happening, while some make slight changes to the program’s overall scope.

The public may submit comments until September 24, 2019.

As part of the public rulemaking process, the DOL is seeking public input on the proposed rule changes.  Members of the public may submit written comments to the DOL until Tuesday, September 24, 2019.

You may submit a comment online (visit https://www.regulations.gov/) or by mail (send to Adele Gagliardi, Administrator, Office of Policy Development and Research, Employment and Training Administration, U.S. Department of Labor, 200 Constitution Avenue NW, Room N-5641, Washington, DC 20210).  When mailing comments, be sure to include the rule’s Regulatory Information Number (RIN): 1205-AB89.

For more articles on the H-2A program, click here.