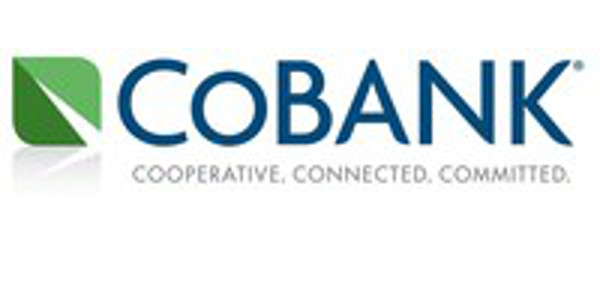 According to a new Quarterly report from CoBank's Knowledge Exchange, labor challenges felt during the pandemic and continuing today will incentivize businesses throughout the food supply chain to rapidly increase automation within their operations.

DENVER — The widely anticipated summer economic boom is well underway and U.S. consumers are spending on services again. Jobs are abundantly available, but workers are scarce as the labor market is healing more slowly than most economists expected. According to a new Quarterly report from CoBank’s Knowledge Exchange, labor challenges felt during the pandemic and continuing today will incentivize businesses throughout the food supply chain to rapidly increase automation within their operations.

“The most significant and lasting impact from COVID will be an acceleration in automation,” said Dan Kowalski, vice president of CoBank’s Knowledge Exchange division. “And it will affect the entire supply chain from field to grocery and restaurants. It won’t be an overnight transformation, but much larger investments in technology now will lead to a much more automated supply chain over the next few years.”

Commodity price inflation has been a boon to many ag producers over the past year. But increases in raw material and transportation costs, combined with higher wages, are causing retailers to push those higher costs on to consumers. U.S. consumers have benefited from very low food inflation for much of the past decade, but higher prices are a near certainty for the next year.

Grocers and restaurants are anxious to learn what and how consumers will want to eat in the new equilibrium. The coming adjustments will look quite different for each segment of the food supply chain. But the acceleration in change will be meaningful, and strategic steps to build more resilient businesses are coming sooner than previously believed.

Grain prices entered a new phase of extreme price volatility in the second quarter of 2021. Corn, soybean and wheat prices climbed to a 9-year peak before shifts in non-commercial, speculative buying activity pulled prices down as fears of runaway inflation subsided. Elevated price volatility will continue in the months ahead as mixed weather forecasts and moisture deficits threaten yields during critical stages of the current growing season. Export demand for U.S. grains remains strong.

Farm supply cooperatives enjoyed a strong spring agronomy season, as rising grain prices gave U.S. crop farmers confidence to increase input spending. Fertilizer supplies remain plentiful in North America and retailers that bought extra inventory early in 2020 should be able to re-sell at attractive margins. Fertilizer prices were up 17% in Q2 and are within 10% of 2012 peak prices. Retail inventories of crop protection products are currently full, although sourcing agrochemicals from Asia could become a near-term challenge that would impact the entire U.S. grain complex.

The U.S. fuel ethanol sector outperformed expectations during the past quarter and appears well positioned for the second half of 2021. Overall economic growth and seasonal driving demand pushed up fuel ethanol production and operating margins in Q2. The regulatory and policy environment remains dynamic, however, and it’s unclear where biofuels, fossil fuels and electric-powered vehicles will fit in under a final infrastructure package.

Meat and poultry prices hit record highs in mid-May as food service and retail grocery pipelines were primed for post-COVID consumer activity and summer celebrations. Food service sales reached pre-COVID levels in April, hitting an all-time monthly high of $75.3 billion. More illuminating, however, is that overall retail grocery sales growth is up 7.3% from a year ago and 15.3% from 2019, providing evidence of longer-term changes in consumer behavior.

Chicken industry margins have markedly improved from the worst of 2020 and profitability should remain strong through the end of 2021. However, the well-publicized issues with chicken breeding stock changes in the past couple of years have limited short-term expansion potential.

Pork has been one of the highest rising commodities in 2021, with lean hog futures topping out at $122 in mid-June. Strong consumer demand for meat, tight supplies of competing meats and declining pork production in the second half of the year are all tailwinds for pork prices for the remainder of 2021. However, Chinese pork prices have dropped 65% since the beginning of the year, signaling a significant reduction of U.S. pork exports to China in the second half of the year.

Despite beef prices being at or near record highs, cattle ranchers and feeders are currently facing limited national slaughter capacity, high feed costs and the liquidation pressures of exceptional drought hitting the western U.S. With packer margins reportedly hitting $1,000/head earlier in the year, it is not surprising that producer organizations have pressured Congress to intervene. The national beef herd is already in contraction due to weak cow-calf profitability going back as far as 2015.

Milk production in the U.S. continues to chart record highs despite the surge in feed costs and hot temperatures. In May, milk production topped 19.85 million pounds for the first time, with daily output up 4.6% year-over-year. Exports of U.S dairy products—currently at record highs—continue to be the key release valve amid the supply surge. However, the risk of a stronger U.S. dollar could threaten the export pace in the months ahead.

The loss of Iraq as an export market for U.S. rice has been a major blow for the U.S., which now faces limited alternative exporting options amid abundant global supply. Rice’s slower export pace continues to be a depressing factor in prices. Concern over significant rice crop losses across the U.S. Delta and Southeast due to historic flooding drove a sharp recovery in rough rice futures late last quarter.

The U.S. sugarbeet crop is expected to deliver strong yields this fall following nearly ideal planting conditions that allowed for strong crop establishment. Domestic sugar deliveries are improving, but sugar demand for use in food and beverages remains uncertain as the economy recovers in the months ahead.

The historic drought conditions in the Western U.S. intensified last quarter with water allocations to some agricultural irrigators cut to zero in California. Growers are adjusting by fallowing crop acreage and allocating scarce water to permanent plantings rather than field crops. Prices for fruits and vegetables are rising for consumers, but not necessarily for growers. Rising transportation and warehousing costs have been noted as the key drivers for rising produce prices.

Over the past quarter, the Biden administration has outlined ambitious plans to aid rural Americans returning to the post-COVID workforce. The administration envisions the American Jobs Plan bringing new employment opportunities to rural communities via infrastructure investments. Those investments include $20 billion for rebuilding rural water infrastructure and supporting rural electric cooperatives as they invest in clean-energy transition.

Merger and acquisition activity in the communications industry remains robust, with rural cable operators gaining tremendous interest from strategic buyers and investors. Deployments of Citizens Broadband Radio Service (CBRS) networks are starting to ramp up across the nation, including among the 75 organizations that received licenses to serve rural areas.

CoBank is a $160 billion cooperative bank serving vital industries across rural America. The bank provides loans, leases, export financing and other financial services to agribusinesses and rural power, water and communications providers in all 50 states. The bank also provides wholesale loans and other financial services to affiliated Farm Credit associations serving more than 75,000 farmers, ranchers and other rural borrowers in 23 states around the country.

Science, technology and innovation are key to agri-food systems transformation