Home » Challenges of working with Amish 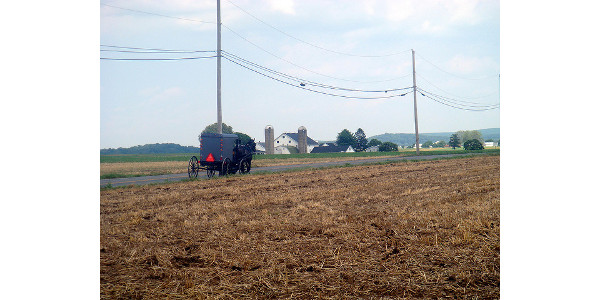 Through interviews with agricultural professionals and Amish farmers, Caroline Brock and her colleagues have identified several factors that are vital for improving coordination between the two. (Vedanta Barooah via Flickr)

New research from the University of Missouri has found that agricultural professionals such as conservation agents, when working with Plain (Amish and conservative Mennonite) communities, face a number of challenges in the realms of communication and conservation.

Through interviews with agricultural professionals and Amish farmers, Caroline Brock and her colleagues have identified several factors that are vital for improving coordination between the two. Relationship building and discussions between communities about conservation practices, as well as paying greater attention to differences between various Plain communities, can encourage greater and more effective participation in conservation efforts among Plain communities.

Brock said it is also important to realize that Plain communities have their own stewardship ethics and may be concerned about different conservation issues than the professionals. For example, interviews revealed that Amish farmers were concerned about the use of chemicals on human health. They were also practicing the conservation technique of cover cropping more than their non-Amish neighbors. Relationship building and tailoring messages to the concerns of individual communities could be an effective bridge-building strategy, according to Brock.

The study, which you can read more about here, calls for a greater effort to document the various agricultural practices and stewardship ethics of Plain communities. As these can vary widely between communities, conservation agents and other professionals would be able to tailor their efforts and adapt more readily to the intricacies of different Plain communities.