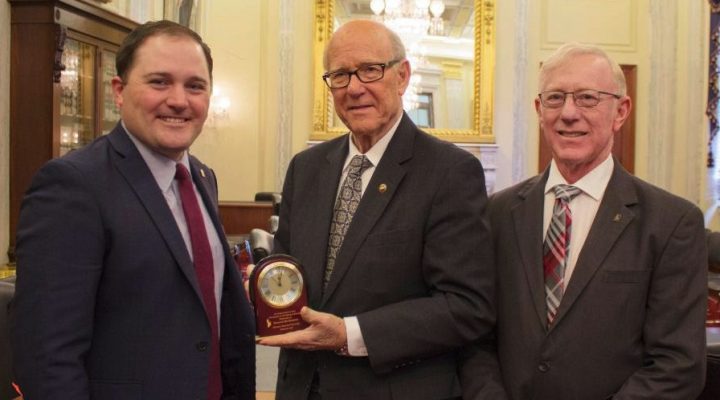 WASHINGTON — U.S. Senator Pat Roberts, R-Kan., Chairman of the Senate Committee on Agriculture, Nutrition, and Forestry, this week was recognized by the National Sorghum Producers (NSP) for his work on behalf of sorghum growers across the country.

“I am honored to receive this award from the National Sorghum Producers,” said Chairman Roberts. “The Committee has accomplished a lot in the past two years for American producers, and I will continue to seek the Sorghum Growers’ advice and counsel as we write another Farm Bill.”

During the National Sorghum Growers’ DC Fly-In, Roberts was presented with the organization’s 2017 “Friend of Sorghum” Congressional Award in recognition of his long-running work representing the U.S. Sorghum producers.

“Senator Roberts is instrumental in constructing and calibrating practical farm policy,” said Tim Lust, NSP CEO. “We look forward to working with him to continue the tradition of a strong safety net for America’s farmers.”