STRASBURG, Colo. — The Colorado Fruit & Vegetable Growers Association (CFVGA) met last week with the staff of Sen. Michael Bennet, D-Colo., and with Sen. Cory Gardner, R-Colo., to appeal for quick legislative action to fix the current foreign worker program before the 2018 growing season. The appeal comes as Colorado fruit and vegetable growers contemplate if they can continue to grow produce given the extreme labor shortage of qualified and willing farm laborers.

“Even though the current program has its shortfalls, causing Colorado growers to be less competitive in the world market, the proposed H2C program would be even worse,” said CFVGA President Robert Sakata, Sakata Farms, Brighton, Colo.

“Let’s not be under the illusion that foreign, temporary produce workers are taking American jobs,” Bruce Talbott, Talbott Mountain Gold, Palisade, Colo., told both senators. “In all the time we’ve used the H2A program, we’ve had two of 200 foreign workers not complete a contract. During that same time, we’ve had only two Americans complete contracts, and that is only because we have moved them into equipment operation jobs. Our foreign workers return year after year and are glad to have the work and what we pay them. Americans just do not want this intensive work for a time limited harvest season.”

Talbott and other growers told the senators the H2A requirements for recruiting American workers are burdensome and costly with virtually no return on their efforts and that the requirements also create untimely delays getting workers.

Ryan Fagerberg, Fagerberg Produce, Eaton, Colo., said 2017 was the first year his family’s operation used H2A. “We were happy with the results and the assurance we would have the labor we needed, but it did increase our labor costs 30-40 percent, due to the additional fees, travel costs for workers and housing requirements.”

Gardner told the growers he believes there is a better chance of enacting a good guest worker program once legislation to secure the border is put in place. He believes this action needs to be taken prior to expiration of the DACA program, which enables children brought to the United States illegally by their parents to remain and seek citizenship.

“I don’t know how much longer we will be able to continue raising fruits and vegetables, given all the regulatory requirements, and even more so this labor shortage,” said David Asbury, Rocky Mountain Pumpkin Ranch, Longmont, Colo. “The H2A program requires us to provide housing for our workers, but renting houses for such a short period is difficult, and here in Boulder County, the average cost of a home is $400,000, with prices in Boulder itself close to $1 million. That isn’t sustainable.”

CFVGA produce growers attending these meetings, told both senators that an effective guest worker program must:

The CFVGA is comprised of more than 250 members, including growers of all sizes and types of production throughout the state, as well as representatives of allied industries. The Colorado fruit and vegetable growing sector contributes nearly $300 million to Colorado at the farm gate and is multiplied as it goes through the distribution chain. Over 60,000 Colorado acres are in fruit and vegetable production. 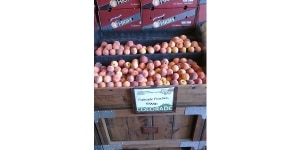 EATON, Colo. — The Colorado Fruit & Vegetable Growers Association (CFVGA) has a variety of programs to encourage Coloradans to buy Colorado produce and to learn more about their local farmers. The public is invited to join one of two bus tours of local farms. Friday, Aug. 20, is a tour of farms in Pueblo […] 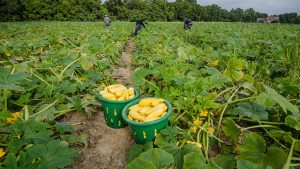 EATON, Colo. — According to U.S. agricultural Census data, over the last decade net farm income has declined by 13 percent, while farm production expenses have increased 26 percent. A new labor law, Agricultural Workers’ Rights, has passed the Colorado Senate and will be heard in the House State, Civic, Military & Veterans Affairs Committee […] 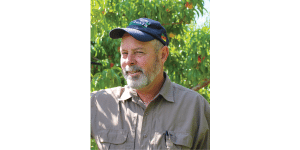 EATON, Colo. — Bruce Talbott, co-owner/operator of Talbott’s Mountain Gold, a Palisade orchard producing peaches and wine grapes, has been elected president of the Colorado Fruit and Vegetable Growers (CFVGA) Board of Directors. The vacancy arose when long-time president, Robert Sakata, Sakata Farms, Brighton, was appointed to the Colorado Water Conservation Board and stepped down […] 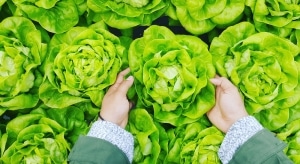 EATON, Colo. — Following a year of momumental change, the Colorado Fruit & Vegetable Growers Association 7th Annual Conference, Feb. 17-18, 2021, is a way to bring all components of the Colorado produce industry together. While we will all miss the in-person interaction, the virtual event has advantages, including individual registrations as low as $20 […]