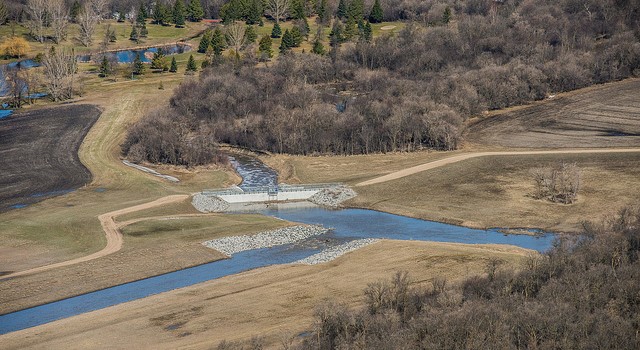 Farm Bureau has advocated for a rewrite of the 2015 WOTUS rule because of the extensive authority it gave to federal agencies to regulate routine farming activities. (U.S. Department of Agriculture, Public Domain)

SACRAMENTO — Stressing that California farmers and ranchers take pride in caring for natural resources, the president of the California Farm Bureau Federation welcomed today’s release of a revised “waters of the United States” rule by the U.S. Environmental Protection Agency.

“We will review the proposal carefully in the hope it will restore balance to enforcement of the Clean Water Act,” CFBF President Jamie Johansson said. “The existing WOTUS rule has produced little beyond confusion and litigation, and has undermined farmers’ efforts to work cooperatively with government agencies to protect water and land.”

Farm Bureau has advocated for a rewrite of the 2015 WOTUS rule because of the extensive authority it gave to federal agencies to regulate routine farming activities.

“Farmers want to do the right thing for the land, water and other natural resources under their care,” Johansson said. “Doing the right thing and complying with the law should be clear and easy to understand. We hope the new Clean Water Rule will provide the clarity farmers and ranchers need to allow the continued production of food and farm products while conserving natural resources.”