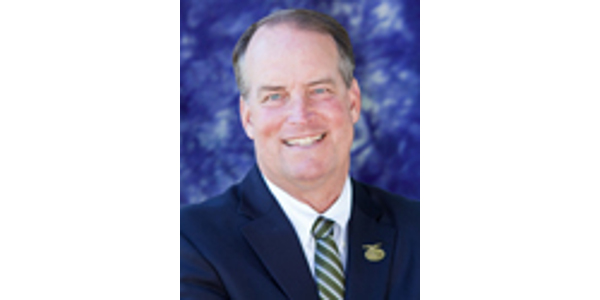 “Ultimately, the best assistance for farmers and ranchers would be to resolve the trade disputes and open markets for California farm products,” said CFBF President Jamie Johansson. (CFBF)

SACRAMENTO — Expressing appreciation for the Trump administration’s broadened programs to ease the impact of retaliatory trade actions on American farmers, the president of the California Farm Bureau Federation reiterated the need to resolve the disputes at the root of the issue.

CFBF President Jamie Johansson was in Washington, D.C., today when the administration announced the tariff-assistance package.

“It’s clear that the administration wants to do what’s best for American farmers and ranchers,” Johansson said, “and we appreciate this second round of assistance for those who have suffered loss of markets and crop value due to retaliatory tariffs.”

“Farm Bureau worked in concert with members of Congress from California, advocating for inclusion of more fruit, nut and other ‘specialty’ crops in the assistance package. Adding those crops will help further buffer rural California from the impact of the trade disputes, and we thank the administration for doing that,” he said.

Johansson noted that farmers are heading into a second straight harvest season in the middle of a trade war.

“Ultimately, the best assistance for farmers and ranchers would be to resolve the trade disputes and open markets for California farm products,” he said.

Almonds included in round 2 of support for farmers