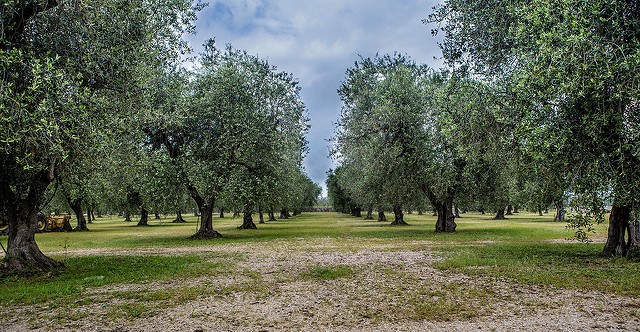 A first-generation farmer, Jamie Johansson also operates an olive oil company, Lodestar Farms. He has served as a statewide CFBF officer for eight years. He was elected second vice president in 2009 and first vice president in 2015. (N i c o l a, Flickr/Creative Commons)

SACRAMENTO — An olive and citrus fruit grower from Oroville, Jamie Johansson, has been elected the new president of the California Farm Bureau Federation. The election of Johansson and of vice presidents Shannon Douglass of Orland and Shaun Crook of Sonora highlighted the final day of the 99th CFBF Annual Meeting in Garden Grove.

Johansson becomes the 16th CFBF president after succeeding Paul Wenger of Modesto, who had served the maximum eight years in office.

Johansson has served as a statewide CFBF officer for eight years. He was elected second vice president in 2009 and first vice president in 2015. He is a former state chairman of the CFBF Young Farmers and Ranchers State Committee and former vice president of the Butte County Farm Bureau. A first-generation farmer, he also operates an olive oil company, Lodestar Farms. He co-founded the Sierra Oro Farm Trail Association and is a former member of the Oroville City Council.

“Californians want diverse and affordable food, and Farm Bureau needs to show how that diversity also comes with great complexity, in terms of the tools and resources needed to grow food in this state,” Johansson said. “Ultimately, what Farm Bureau does is to protect the creativity California farmers and ranchers need to provide the diversity our customers demand.”

Douglass was elected to succeed Johansson as CFBF first vice president. She is a director of the Glenn County Farm Bureau and a former chair of the Young Farmers and Ranchers State Committee. Douglass is an owner of Douglass Ranch, which raises beef cattle, sunflowers, corn and forage crops, and foundedCalAgJobs, an online listing of employment opportunities in California agriculture. She serves on the Glenn County Fair Board of Directors and is a former director of the Glenn County Resource Conservation District.

Crook was elected as second vice president. He has served as president of the Tuolumne County Farm Bureau since 2015 and is a graduate of the Leadership Farm Bureau program. He chaired both the CFBF Economy and Farm Policy Issue Advisory Committee and the Commodity Policy Review Committee. A licensed timber operator, Crook is a vice president of a family timber business and a real estate agent specializing in ranch, commercial and residential properties.

In addition to the election of statewide officers, seven members were newly elected to the CFBF Board of Directors: Al Stehly of Valley Center will represent Imperial and San Diego counties; John Moore of Bakersfield will represent Kern and Kings counties; Donny Rollin of Riverdale will represent Fresno County; Ron Peterson of Turlock will represent Stanislaus and Tuolumne counties; David Barhydt of Grass Valley will represent Butte, Nevada and Yuba-Sutter counties; Tom Stewart of Tulelake will represent Lassen, Modoc and Plumas-Sierra counties; and Jenny Holtermann of Wasco will chair the Young Farmers and Ranchers State Committee. Ronnie Leimgruber of Holtville was appointed an advisory member of the board as the new chair of the CFBF Rural Health Department.