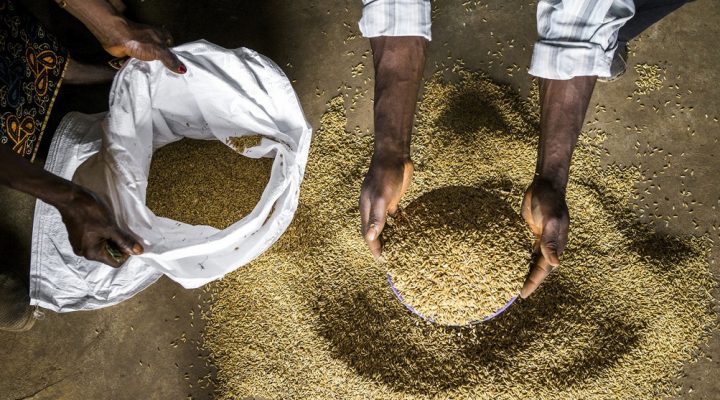 The FAO Food Price Index averaged 173.8 percent in January, its highest value in almost two years, marking a 2.1 percent increase from its revised December value and 16.4 percent above its 2016 January level.

The FAO Sugar Price Index surged 9.9 percent in the month, driven by expectations of protracted supply tightness in Brazil, India and Thailand.

The FAO Dairy Price Index was unchanged from December, a marked departure from the 50 percent increase it posted between May and December last year. The FAO Meat Price Index was also practically unchanged, with a rise in bovine meat quotations – the result of herd rebuilding in Australia – offset by lower prices of ovine and other meats.

Worldwide inventories of cereals are on course to reach an all-time record level by the end of seasons in 2017, according to FAO’s latest Cereal Supply and Demand Brief.

Latest figures put global cereal stocks at 681 million tonnes, up 1.5 percent from their December forecasted level and 3 percent from the previous season. World wheat inventories would likely hit a new record of 245 million tonnes, marking an 8.3 percent annual increase. Coarse grain stocks are forecast to grow by 0.7 percent to reach their second-highest level on record, while rice stocks are set to decline slightly although ending the season at a near-record 170 million tonnes.

FAO has also raised its estimate of global cereal output in 2016 by 15 million tonnes to 2 592 million tonnes, due primarily to larger-than-expected wheat harvests in Australia and the Russian Federation.

World cereal utilization as well as trade are also set to be significantly higher than earlier anticipated.

Looking further ahead, early production prospects for 2017 are mixed, according to FAO. Low prices prompted farmers in North America to reduce acreage sowed to wheat – to their second-lowest level on record in the United States – while the opposite trend was seen in the Russian Federation.

For rice, excess rains over parts of Viet Nam and inadequate rainfall in Sri Lanka will likely curb rice output. For other grains, generally positive conditions appear to be in place. Maize output in Southern African countries is poised to rebound to near-average levels, thanks to more plantings and better yields after last year’s severely dry conditions. High local prices and conducive weather point to larger grain plantings in Argentina and Brazil.

Conaway remarks on the year ahead