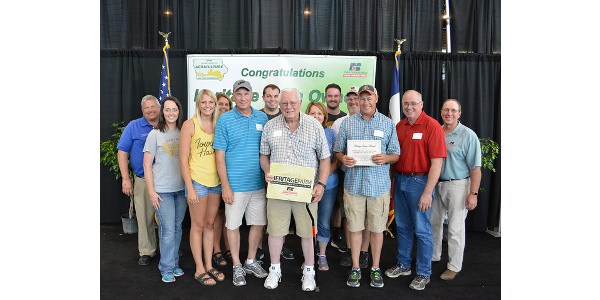 The Glenn Appler family of Appanoose County has owned their farm since 1867. (Courtesy Iowa Department of Agriculture)

DES MOINES, Iowa — Iowa Secretary of Agriculture Bill Northey recognized Century and Heritage Farm families during a ceremony at the State Fair again this year. To qualify, a family must have owned at least 40 acres for 100 years or more in the case of Century Farms and 150 years or more for a Heritage Farm.

This year 354 Century Farms and 119 Heritage Farms were recognized.

“The Century and Heritage Farm awards ceremony is one of my favorite days of the year. It is a tremendous celebration of the families who have cared for the land and raised the crops and livestock that helped build our state and feed the world. To own a farm for 100 or 150 years is a testament to the values of land stewardship, hard work, patience, dedication and perseverance that are found in Iowa’s farm families,” Northey said.

The Iowa Department of Agriculture and Land Stewardship has partnered with the Iowa Farm Bureau Federation since 1976 to recognize families that have owned and worked a farm for 100 years or more. Including this year’s recipients, more than 19,000 farms from across the state have been recognized.

The Heritage Farm program was started in 2006, on the 30th anniversary of the Century Farm program and more than 1,000 farms have been recognized.

“The program acknowledges the deep roots of Iowa agriculture and the special bond that exists between Iowa families and the land they farm,” Northey said. “The Iowa State Fair is a celebration of Iowa and Iowa agriculture, so it’s a great place to recognize the Century Farm and Heritage Farm recipients.” 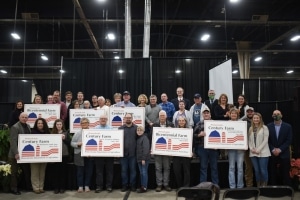