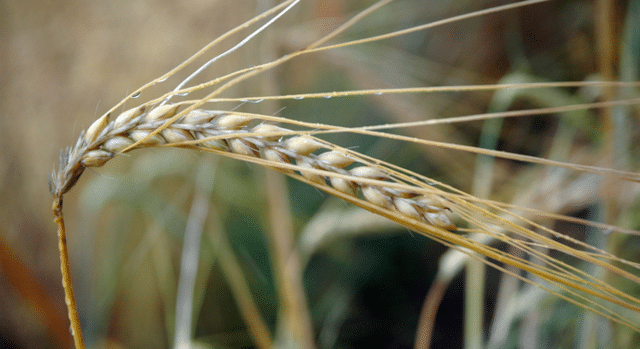 LINKOPING, Sweden — The 200-year-old malting barley variety ‘Chevalier’ was for a long time world-leading in beer brewing and is thought to have originated from a single plant. In a new study, Swedish researchers from the universities of Linköping and Stockholm have investigated this claim. They have analysed seed samples that are older than 150 years using molecular genetic methods. The results give a revealing insight into the plant breeding of times gone by.

Can a single ear of barley give rise to global cultivation, and change the very foundations of the brewing industry? At least thus reads the story of the ‘Chevalier’ barley variety.

Exactly 200 years ago in England, in the Suffolk town of Debenham, something happened that would change the world of beer brewing forever. The farm worker John Andrews was out in a barley field when his eye fell upon a truly splendid ear, which he took and planted in his own garden. That was where his landlord, Charles Chevalier, first saw the remarkable barley. He harvested the plant and began to propagate it, dubbing it with his own name – Chevalier.

“When we started this study, we were primarily curious about whether Chevalier barley had been discovered and used in the same way as today’s modern varieties, with a genetic signature unique to Chevalier, and where the name is a sort of brand name for a certain kind of product”, says Jenny Hagenblad, associate professor of population genetics at the Department of Physics, Chemistry and Biology (IFM) at Linköping University.

To investigate this, the researchers carried out genetic analyses of seeds from sample jars marked “Chevalier”, the contents of which had been collected at various points during the 19th century. The oldest of these samples was collected as early as 1865. It turned out that many of the seed samples belonged to a specific kind of barley – Chevalier – and that the single plant origin theory could be confirmed. But far from all the samples contained true Chevalier barley seeds.

More surprisingly, the researchers also discovered crosses with Chevalier. Barley is usually self-fertilizing, but when the researchers looked more closely at the seed mixtures, they could see that Chevalier and landrace barley had cross-bred spontaneously in the field. Plant breeders had noticed such crosses and developed new varieties from them.

“We can see signs of how people, long before the development of modern plant breeding, were already unwittingly using the very methods that became the foundation for the revolution in Swedish farming during the early 20th century”, says Matti Leino, researcher in crop history at Stockholm University.

The results of the study have been published in the journal Crop Science. The study has been financed with the support of the pension fund of F d Bryggareämbetets i Stockholm, the Erik Philip-Sörensen foundation, Magnus Bergvall foundation and CF Lundström foundation.