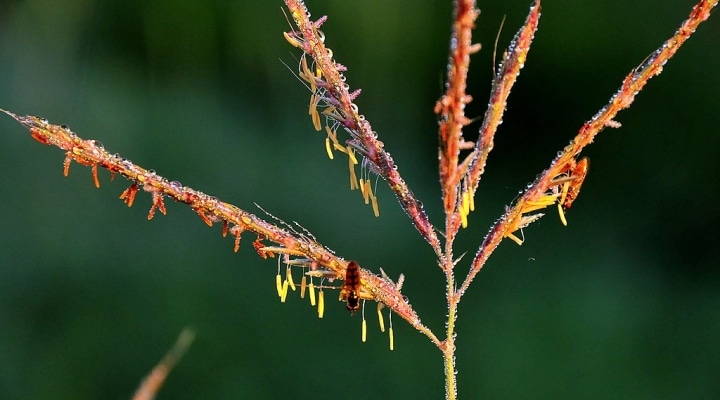 COLUMBIA, Mo. – If you gobble until you wobble at Thanksgiving dinner, take your flock of family and friends for a trek across a tallgrass prairie for a memorable Thanksgiving holiday outing, says University of Missouri Extension horticulturist Michele Warmund.

Along the hike, look for the tall, reddish-brown seed stalk of big bluestem grass (Andropogon gerardi), known as “turkey foot.” While the plant doesn’t gobble or strut, it displays other turkey-like features, says Warmund.

Big bluestem is a perennial warm-season grass that grows in dense clumps. The common name of this grass, big bluestem, describes the bluish-green foliage that grows from about 1-3 feet high. Fine, silky hairs on the leaf sheath are also a good way to identify this grass, she says.

Flower stalks reach about 4-6 feet tall, depending on the soil moisture during the growing season. The tall spikes or seed stalks branch into fingerlike parts with “bearded” seeds, resembling a turkey’s foot.

Years ago, native prairies with big bluestem covered about a third of Missouri or about 23,000 square miles. Today only 75,000 acres of prairie remain, with some of the land protected in parks and natural areas across the state.

For example, Prairie State Park in Barton County, near Mindenmines, was established in 1980 to preserve a portion of tallgrass prairie with hiking trails. Golden Prairie, near Golden City in Barton County, and Tucker Prairie, in Callaway County, were designated National Natural Landmarks by the National Park Service in 1975. Pawhuska Prairie, near Lamar, Linden’s Prairie, near Mount Vernon, and Diamond Grove Prairie Conservation Area are other sites in Missouri where big bluestem may be found.

For a bit of your own tallgrass prairie, big bluestem can be grown in the home landscape. However, big bluestem is not generally considered as exotic as other plants, such as maiden grass, giant Chinese silver grass, plume grass or porcupine grass. Big bluestem can also be grown on larger acreage for wildlife cover or nesting sites.

Some nurseries specializing in native plants offer big bluestem for sale. This grass thrives in full sun, is heat- and drought-tolerant, and does not require high soil fertility. Recommended varieties of big bluestem for planting statewide are OZ-70, Kaw and Roundtree. Pawnee is adapted to northern Missouri only.

Seed is available in small quantities from online sources or from agricultural seed suppliers when planting large areas.

A period of cold stratification, which involves refrigerating the seed at 40 F for at least one month, improves germination. Sow seeds at a quarter- to a half-inch deep in late April to early May in well-drained soil.

Seed germinates slowly compared to cool-season grasses. During establishment, big bluestem seedlings do not compete well with weeds. With a bit of patience and warm weather, plants will establish and then require little water during the growing season.

After enjoying the turkey foot seed stalks in the fall, cut back plants to about 1 foot tall to allow new growth to flourish the following spring, says Warmund. 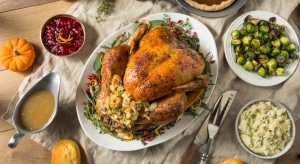 Seed treatments as insurance for a good stand