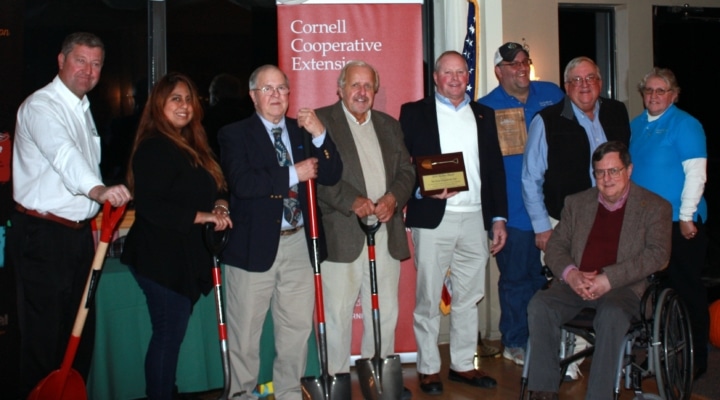 Additionally, at our annual meeting/dinner the 2019 Golden Shovel Awards were presented, outgoing Program Development Committee volunteers and staff milestones were also recognized.   The Golden Shovel recipients this year were – the Great Schaghticoke Fair, received by President Danny Requate and Secretary David Moore, Marilyn Schreyer of Troy, Richard Demick of Stephentown, John Moore of Valley Falls, Marge Davey of Troy and Don Marpe of Valley Falls.  Also recognized was Kinderhook Creek Farm for hosting the 2019 Farm Day Out in Stephentown.  CCE is appreciative of the many dedicated and hard-working volunteers and are very thankful for all their supporters and volunteers year round.  We look forward to Growing the Next Century together.

Cornell Cooperative Extension is an employer and educator recognized for valuing AA/EEO, Protected Veterans, and Individuals with Disabilities and provides equal program and employment opportunities.