CRYTAL LAKE, Minn. — Commodity Credit Corporation (CCC) commodity loans on harvested corn, soybeans and wheat were regularly used by farm operators in the 1990’s and early 2000’s as a grain marketing tool. The use of CCC commodity loans dropped off considerably from 2008-2014, when grain prices reached their highest levels in many years. Now in recent years, the use of marketing assistance loans (MAL’s), which are the same as CCC commodity loans, has again taken on more significance. The MAL’s offer producers additional options in setting up grain marketing plans for corn, soybeans and other crops.

The CCC marketing assistance loans (MAL’s) are originated through county Farm Service Agency (FSA) offices after the grain has been harvested. The MAL’s are 9-month loans from the time the loan is established. A CCC MAL loan can be established both on farm stored grain and on grain in commercial storage with a warehouse receipt. Producers receive the value of the loan at the time the MAL loan is established. The loan can be repaid at any time during the 9-month loan period, by repaying the amount of the loan principal plus the accrued interest.

The CCC loan interest rate is adjusted monthly and is set up at one percent above the CCC borrowing rate from the U.S. Treasury. The interest rate on CCC loans is fixed for the entire term of the 9-month marketing assistance loan (MAL), except for a potential CCC interest rate adjustment on January 1. The current interest rate on CCC commodity loans is only 1.125 percent interest, which has been steady for several months. Producers only pay interest for the time that the MAL is in place. (Example — $100,000 MAL corn loan at 1.125% interest for 90 days …… ($100,000 x .0125) / 365 x 90 = $308.22 interest payment).

If commodity prices drop to levels that are lower than county loan rates, eligible producers would potentially be eligible to release the grain that is under a CCC MAL loan at a rate that is lower than the county loan rate. FSA issues a “posted county price” (PCP) for commodities that are eligible for MAL loans, which are updated and posted daily at local FSA offices, or available on county FSA websites. If the PCP is lower than the county loan rate, the producer could realize a “marketing loan gain” (MLG), if the grain is released at that lower PCP. (Example — a producer places corn under a MAL at $2.10 per bushel, a few months later the PCP is $1.90 per bushel, resulting in the potential of a marketing loan gain of $.20 per bushel on the day the corn loan is released.)

If the PCP drops below the county MAL loan rate, producers also have the option to collect a loan deficiency payment (LDP) on a commodity, in lieu of putting the grain under a MAL loan. The LDP calculation is similar to the calculation for marketing loan gains. Grain that is already under a MAL loan is not eligible for a LDP, and a LDP can only be utilized once on the same bushels of grain. There has not been significant LDP eligibility for corn and soybeans since the early 2000’s.

Producers must be eligible for USDA farm program benefits and must have submitted an acreage report at the FSA office for 2021 to be eligible for CCC marketing assistance loans on this year’s crop production. Producers must maintain “beneficial interest” in the grain while it is under a MAL commodity loan. Beneficial interest means that the producer maintains control and title of the commodity while it is under a CCC loan. Producers should contact the FSA office to release any grain that is under a MAL with the CCC before it is delivered to market (“call before you haul”).

Following are some reasons that farm operators may want to consider utilizing CCC marketing assistance loans (MAL’s) as part of their grain marketing strategies:

For further information on marketing assistance loans (MAL’s) through the CCC and LDP’s, farm operators should contact their local FSA office or go to the following website: 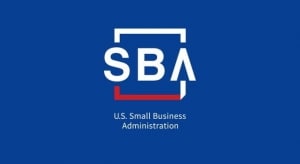 ITHACA, N.Y. — If your farm business did not apply for an earlier round of the Paycheck Protection Program (PPP), you may wish to reconsider. The COVID stimulus package that Congress approved in December 2020 included changes to PPP eligibility for farm businesses. The new eligibility rules took effect in January 2021, and the current […]