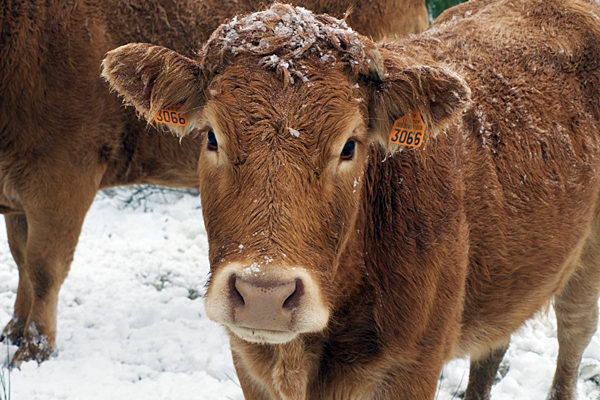 January’s weather can be frightful; and for Virginia cattlemen, frigid temperatures call for extra precautions for their livestock. (Virginia Farm Bureau Federation)

MARION, Va. — January’s weather can be frightful; and for Virginia cattlemen, frigid temperatures call for extra precautions for their livestock.

“It is a concern. Cold of this nature does require some extra care,” said Dr. Andrew Overbay, senior Virginia Cooperative Extension agent for agriculture and natural resources in Smyth County. “Cattle can generate a good deal of heat from their normal bodily function, but to do so requires extra rations.”

Matthew Miller, a Wythe County Agriculture and Natural Resources Extension agent, said cattlemen in his county have faced overnight temperatures near zero degrees since the first of the year, with daytime wind chill factors below zero.

“Extreme cold is harder on all livestock as they walk on frozen ground,” Miller said. “Travel is harder on their feet and joints, and all the extra calories needed to combat the cold mean they simply have to consume more.”

Overbay, who also is a Washington County cattle farmer, said during winter weather he generally increases feed rations by at least 10 percent.

In addition to concerns about feeding their cattle during winter months, farmers worry about water supplies. With cold temperatures and high winds, cattle can become dehydrated, Overbay said. So it’s important to ensure a non-frozen water source.

“Many water systems are not designed to operate over extended zero-degree temperatures, so many farmers find themselves thawing water and chopping ice,” Miller said.

Even though most Virginia beef cattle spend their time outdoors, farmers provide shelter and windbreaks to help keep them comfortable, Overbay said. The most important thing they do for cattle during the cold winter months is to keep them dry.

“Dry ground is better than a damp barn if you are a cow trying to generate heat,” he said. “Wet or muddy conditions exacerbate windy conditions quickly by allowing the air to penetrate hair coats.”

Another concern for cattlemen is that winter is calving season, and newborn calves are at risk for frostbite. They are wet and are not fully capable of maintaining a normal body temperature in the first several hours of life.

This is why cattlemen routinely check on cows that are close to giving birth, often bringing them into a barn to calve.

“This means farmers are pushed to the limits of heating units in barns, struggling to make sure newborns are kept warm enough in the early days,” Miller said.

But keeping cattle healthy in the cold weather is not that different than under normal conditions, Overbay said. “Clean, dry and well-fed is a good recipe for a happy, productive herd.” 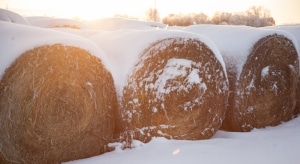