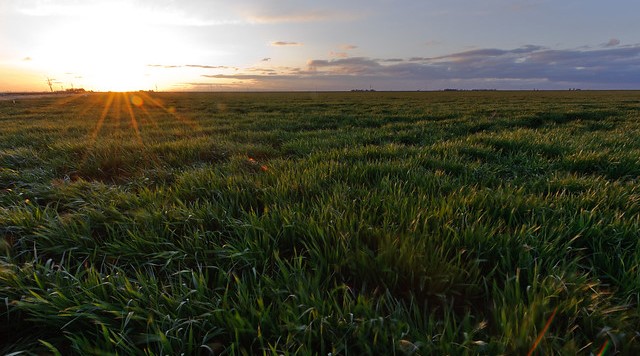 During her layout of the bill on the Senate floor, Sen. Kolkhorst passionately advocated for the support of her fellow Senators, which resulted in a vote of 28-3 in favor of Senate Bill 421. (USDA NRCS Texas, Flickr/Creative Commons)

The bill was strongly supported by the Texas and Southwestern Cattle Raisers Association (TSCRA) as a major improvement to the eminent domain process for thousands of Texans who are faced each year with the prospect of losing their private property through forced condemnation.

“I would like to thank Sen. Kolkhorst for her steadfast commitment to fixing an eminent domain system that is commonly abused and designed to favor private companies who subsidize their profits with the power of condemnation,” said TSCRA president Robert McKnight, Jr. “Texans deserve better. We deserve an eminent domain process that is open and transparent, that is fair and respectful of our partnership in energy infrastructure, and that holds private condemnors accountable if they don’t do it right.”

McKnight also extended his thanks to Sen. Joan Huffman, who chairs the Senate State Affairs Committee, for her support and leadership in seeing the legislation through the committee process, and Lt. Governor Dan Patrick, who personally spent a tremendous amount of time working with stakeholders to advance transparency, fairness and accountability in the eminent domain process.

During her layout of the bill on the Senate floor, Sen. Kolkhorst passionately advocated for the support of her fellow Senators, which resulted in a vote of 28-3 in favor of Senate Bill 421.

“Texans believe in the right to ‘life, liberty and property’ which is granted to us in the United States Bill of Rights,” said Kolkhorst after the vote. “This bill levels the playing field between those who own property, and those who seek to use eminent domain to take that property. It is vital to treat landowners with respect, dignity and fairness. That’s why I am proud to work with the Texas and Southwestern Cattle Raisers Association to deliver this solution.”

Now that the legislation has passed the Senate it must go to the Texas House of Representatives for consideration.

McKnight urged all Texans to follow the progress by visiting www.TexansForPropertyRights.com and signing up for updates. He also called on property owners to contact their state Representative and ask for their support.

“This is an issue every Representative can and should support to protect their constituents,” he concluded. “Ask them to pass Senate Bill 421 to show their support for your private property rights.”

Miller calls to eliminate back up at the border