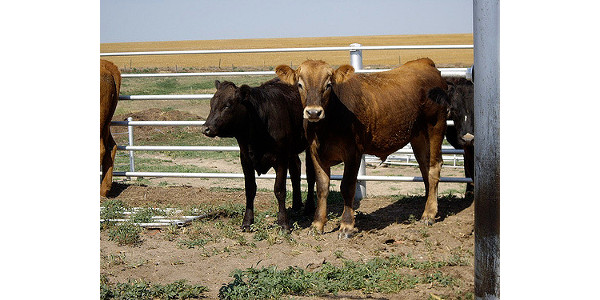 The combination of increasing slaughter at the national level and gradual reopening of the foodservice sector continues to slowly lead to improved prices for fed cattle. (Chris Hartman via Flickr)

LEXINGTON, Ky. — Through the week, market reports consistently spoke of price improvement in Kentucky cattle markets. The combination of increasing slaughter at the national level and gradual reopening of the foodservice sector continues to slowly lead to improved prices for fed cattle. And, that general positive tone is spilling over into feeder cattle markets. Also encouraging this week was larger marketings at the state level, which were actually a little higher than last year. I don’t want to read too much into that because I don’t remember how Memorial Day fell last year. But, I am very encouraged that cattle runs have been closer to normal the last couple weeks and prices are continuing to steadily improve.

CME© feeder cattle futures actually lost a little ground this week with summer contracts closing, on Thursday May 21, 2020, in the upper $120’s and fall contracts in the low $130’s. CME© live cattle futures have been steadily gaining ground since late April; the June contract is well into the upper $90’s as I write this. However, this remains at a very significant discount to cash live cattle, which have traded in the $117 to $120 range so far this week.

On a state average basis, 550 lb M / L #1-2 steer calf prices increased by $1-2 per cwt this week. The calf market has very slowly and steady improved since the end of April, despite the grass placement run being largely over. The state average price for an 850 lb M/L #1-2 steer increased by almost $8 per cwt this week. There is no doubt that the market for heavy feeders has improved considerably, although I am afraid that price increase might be a bit misleading. The major increase was in the 800 to 850 lb range that I use as part of my 850 lb estimate. I always use the category without a descriptor like “fancy” or “value-added”. But, for this week, that price was higher than the price for the “value-added” cattle in the same weight range. That may be accurate, but it is worth this short cautionary note (see figure 1).

Cull cow prices also continued their steady improvement this week. Medium dress, 80-85% boning cows broke $60 per cwt on a state average basis for the first time since the last week of March. Before that, I actually have to go back to 2017 to find a week in this price series above $60. Weekly prices for cull cows are shown in figure 2.

Lastly, we did get specifics this week for direct payments to farmers from the Coronavirus Food Assistance Program (CFAP) and I am sure most of you are already familiar with the basic structure. Signup will begin on May 26th through local FSA offices and continue through August 28th. The easiest way to understand the direct payments is to think of two separate payments, although they will be paid out simultaneously if a producer qualifies for both. The CARES payment is made on a per head basis for cattle that were actually sold from January 15 to April 15, based on the cattle category they fall into. The CCC payment is much smaller, and is made on the highest level of inventory from April 16 to May 14. Table 1 reports payment rates by category. USDA has indicated that they will pay 80% of the payment rate initially and make additional payments later, up to the full rate, if sufficient funds exist.

USDA effectively drew a line in the sand on April 15th. Producers who sold cattle during that 90 day window will receive the larger CARES payment on those cattle. Producers who did not sell during that time, but had cattle in inventory after that, will receive the smaller CCC payment rate on those cattle. This is true for cattle that won’t be sold until fall and it is true of cattle that were sold on April 16th. With the caveat that there are still some interpretational questions to be answered, I thought it might be worth walking through some likely Kentucky-oriented scenarios based on my reading of the final rule.

A winter backgrounder that sold cattle in the spring, prior to the April 15 deadline, would receive the CARES payment on those cattle. They would initially receive 80% of the $139 per head, assuming the cattle weighed more than 600 lbs. A winter backgrounder that kept cattle past the April 15 date, would instead receive 80% of the CCC rate, which is only $33 per head.

I have also gotten questions about seedstock operations and heifer developers. The “All other cattle” category is meant to capture cattle not meeting the other definitions. So, I feel that bred heifers, mature cows, and herd bulls sold during the 90 day window will fall into the “All other cattle” category for the purposes of the CARES payment. Since the CCC payment is constant across categories, classification of inventory for CCC purposes matters little.

I’m certain FSA offices will be able to answer a lot of case specific questions as they arise. I would point out that this will be a huge task for local FSA offices due to the sheer number of producers that will be applying. So, I would encourage producers to spend some time reading requirements and to be as organized as possible in order to make efficient use of the time of FSA staff. USDA continues to provide a lot of information about the CFAP program at https://www.farmers.gov/cfap and I would encourage producers to review that information. 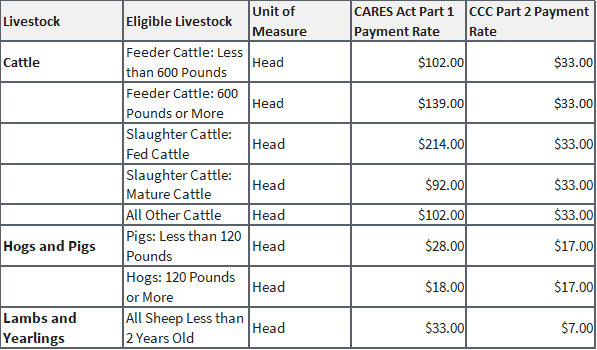 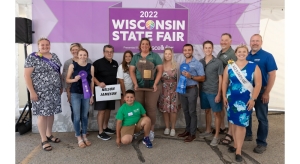 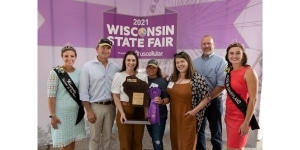 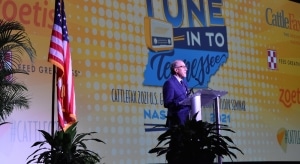 NASHVILLE, Tenn. — The beef cattle industry is bouncing back from the pandemic, and continued progress is expected in 2022. Beef prices are near record high, and consumer and wholesale beef demand are both at 30-year highs as the U.S. and global economy recover. While drought remains a significant concern with weather threatening pasture conditions […]