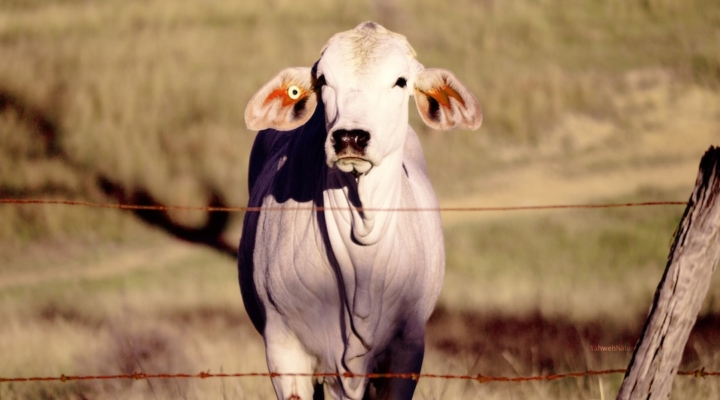 In violence-wracked northern Rakhine state, where village after village has been burned to the ground, security forces and local administrators have been collecting the livestock and bringing it by foot, truck and sometimes boat to Buddhist-controlled areas. (Georgie Dee, Flickr/Creative Commons)

Now, more than a half-dozen witnesses told The Associated Press, soldiers and police are cashing in on the humanitarian catastrophe. They all spoke on condition of anonymity because of security concerns.

In violence-wracked northern Rakhine state, where village after village has been burned to the ground, security forces and local administrators have been collecting the livestock and bringing it by foot, truck and sometimes boat to Buddhist-controlled areas. The prized beasts are then being sold to traders and residents for $200 a head — a quarter of their value.

From there, cows are being taken to the Rakhine state capital, Sittwe, where more than 120,000 Rohingya Muslims displaced by earlier violence in 2012 have been living in sprawling, apartheid-style camps that have been denied access to food and medical assistance. The AP has photos of seized cows being traded behind the state parliament building.

The government has blocked U.N. agencies and international aid organizations from delivering aid to the camps for weeks and the Rohingya living in flimsy bamboo shelters are growing more desperate by the day.

They don’t like buying the cows, said a Rohingya Muslim community leader, who asked not to be named for security reasons. But feel they have no choice.

“They are angry because this is livestock that was looted by the army and Rakhine people,” he said, adding those in at least two camps refused to buy the cattle because they know if belongs to other Rohingya.

One police officer said he didn’t know about the cattle scam.

The Arakan Project, a research and advocacy group active in the region, has also spoken to witnesses who said security forces were collecting abandoned cows and loading them into trucks and boats.

Myanmar, a predominantly Buddhist nation of 60 million, was home up until recently to 1.1 million Rohingya Muslims. The United Nations says the religious minority is the among the world’s most persecuted. In recent years a Rohingya militant group was spawned.

A military crackdown triggered by a coordinated militant assault on 30 police posts and an army base in northern Rakhine on Aug. 25, sent more than 429,000 Rohingya Muslims fleeing to Bangladesh. Women, weak and starving, arrived by boat carrying listless babies, the elderly and disabled carrying what belongings they could carry struggled to reach the shore.

There are less than 500,000 Rohingya left in Myanmar. Most are in northern Rakhine state, though the entire township of Maungdaw, more than 300,000 people, has been depopulated since the latest crackdown. Rohingya villages in Raethedaung were also hard hit. Violence in Buttidaung was contained to a few villages.