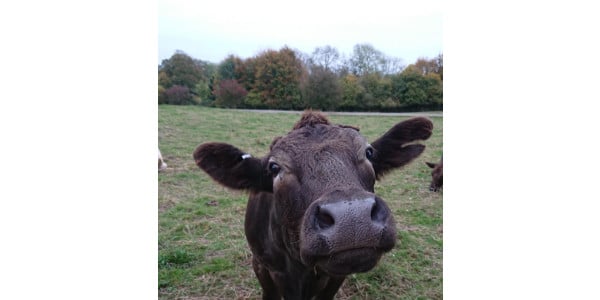 BRIGHTON, England — Experts have stressed an urgent need to find alternatives to wormers and anti-ectoparasitic products used widely on cattle, following the findings of a study just published in Environmental Toxicology and Chemistry.

Researchers from the University of Sussex looked at a body of published evidence into the environmental impact of anthelmintics — products used as wormers and anti-parasitic agents and widely applied across the world. They found that, across all drug classes, the products were having a devastating impact on dung beetles – species that are vital prey items for a range of bat and bird species.

The study conducted by Domhnall Finch and Professor Fiona Mathews also found that some of the products actively attracted adult dung beetles, before impairing the development of their larvae.

Fiona Mathews, Professor of Environmental Biology at the University of Sussex, said: “When compared with controls, we found that dung samples from cattle treated with these products had about a third fewer dung beetle larvae.

“What’s particularly worrying is that the beetles actually seemed to be more attracted to treated dung but, because of the toxicity of the chemicals, their larvae have poor survival rates and face impaired development.

“Over time, this reduces the number of dung beetles which is troubling news for a range of bird and bat species – for which dung beetles are key prey items.

“Many of these species are already listed as vulnerable so any decline in prey availability is a serious concern.”

Dung beetles are commonly preyed upon by the serotine bat, noted as Vulnerable to Extinction on the new British Red List; the greater horseshoe bat, protected under European Law because of its perilous conservation status right across Europe; and the Nightjar and the Chough, both of which are protected by the Wildlife and Countryside Act 1981. The Nightjar has been given an amber UK conservation status.

The study, published in the journal Environmental Toxicology and Chemistry, highlighted the particularly negative impact on dung beetle larvae of pour-on treatments – the most common form of application. It also revealed that one of the most widely used products, the anti-parasitic agent Ivermectin, is extremely toxic. These treatments are available for purchase in most EU countries without the involvement of a veterinarian.

But the authors stress that more research is needed into the other treatment types and newer drugs in order to determine the exact effects of each.

The results are particularly timely as they come just a few months after the government announced that it would not be funding extensions to higher-tier organic stewardship agreements in England. This means that farms who currently avoid the use of insecticides will be faced with a difficult choice moving forward.

Prof. Mathews explained: “Many farmers are now facing a gap in their income as they have to make new applications. Sticking to an insecticide-free approach may not be economically attractive compared with switching to conventional systems where the routine use of anti-parasitic agents is normal. Once applied, the residues can remain in the soil — affecting a wide range of invertebrates — for months.”

“Some of these farms are also critical for British wildlife, particularly rare bats, and the introduction of chemicals could really impact their numbers – as demonstrated in our study.”

Dung beetles themselves provide important ecosystem services for farmers. By ensuring that dung is cleared from pasture quickly, they help to control pest flies and also allow for rapid grass regrowth through nutrient cycling, soil aeration and dung removal. The presence of dung beetles has also been shown to reduce the prevalence of cattle nematode infections by 55 to 89% (Fincher 1975) and pest flies by 58% (Benyon et al. 2015). In the UK alone, these services are estimated to exceed £350M per year.

Domhnall Finch, doctoral student at the University of Sussex, said: “Dung beetles are an overlooked but hugely important part of our landscape.

“Studies have proven that they can help to reduce the prevalence of worm infections in cattle, which is ironic when we consider that they’re now under threat from chemical products which essentially do the same thing.

“While more research is needed to determine the effects of newer agents, our work has clearly shown that those chemicals which are present in pour-on treatments have a long-lasting negative impact.

“There is an urgent need to find alternatives.”