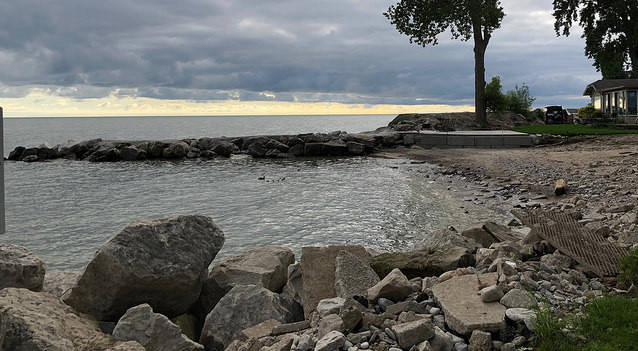 The federal lawsuit over the controversial Lake Erie Bill of Rights (LEBOR) is heating up. (Joel Solomon, Flickr/Creative Commons)

COLUMBUS, Ohio — The media storm that surrounded the controversial Lake Erie Bill of Rights (LEBOR) has quieted, but the federal lawsuit over LEBOR has heated up.

Just a month ago, Toledo residents voted to approve LEBOR. The measure establishes rights within the City’s charter for the Lake Erie Ecosystem to “exist, flourish, and naturally evolve” as well as rights to self-government and a clean and healthy environment for the citizens of Toledo. LEBOR states that corporations or governments that violate these rights can be liable for harm caused and also cannot use existing federal and state laws or permits in defense of the violations.

Drewes Farm Partnership filed a lawsuit in federal court the day after LEBOR passed. The farm’s complaint asks a federal court to declare LEBOR unconstitutional on several grounds and also claims that LEBOR violates state laws. Recent developments in the past week prompted us to provide this quick update on the lawsuit:

City of Toledo agrees to a preliminary injunction. The court announced on March 18 that the City of Toledo agreed to the entry of a Preliminary Injunction Order. Drewes Farm requested the injunction when it filed the lawsuit. The court stated that the purpose of a preliminary injunction “is merely to preserve the relative positions of the parties until a trial on the merits can be held” and noted that the City of Toledo has not “commenced or initiated any action against Drewes Farms or others pursuant to LEBOR.” Toledo therefore agreed to the injunction and to maintain its current position of not taking any action to enforce LEBOR.

Lake Erie Ecosystem and Toledoans for Safe Water ask to join the lawsuit.  Also on March 18, two attorneys filed a motion asking the court to allow the Lake Erie Ecosystem and the Toledoans for Safe Water to “intervene” in the case as defendants. Federal rules allow a party to file a motion to intervene and become a party to ongoing litigation as either a matter of right or with permission of the court. The attorneys argue that the parties should be allowed to intervene as of right because they have significant legal interests that will be impaired by the case and that the City of Toledo can’t adequately represent those interests. They also ask the court to allow permissive intervention because the parties have a claim or defense that share a common question of law or fact with the main action.

The court has asked Drewes Farm and Toledo to file briefs in response to the motion to intervene. Note that the two attorneys representing the Lake Erie Ecosystem and the Toledoans for Safe Water have worked with the Community Environmental Legal Defense Fund, the organization that assisted with the petition initiative that resulted in the adoption of LEBOR.

Lake Erie Ecosystem and Toledoans for Safe Water file a motion to dismiss the lawsuit.  On the same day as filing a motion to intervene, the attorneys also filed a motion to dismiss the case on behalf of the Lake Erie Ecosystem and Toledoans for Safe Water. The motion argues that Drewes Farm does not have legal “standing” to bring the case, which is based upon federal constitutional law that states that a federal court cannot have jurisdiction over a case unless the plaintiff demonstrates that he or she has suffered concrete and particularized “injury in fact” that is fairly traceable to the defendant’s conduct and that the requested remedies will redress the alleged injuries. Lake Erie and the Toledoans for Safe Water argue that Drewes Farm has not stated a concrete injury or actual or imminent harm due to LEBOR and therefore cannot meet the standing requirement.

City of Toledo files its answer to the complaint.  On March 27, the City of Toledo filed its answer to the complaint filed against it by Drewes Farm. Toledo presents sixteen defenses to the farm’s allegations, which include a general denial of the complaint and other defenses based upon arguments that: the farm does not have legal standing, has not stated a claim or stated actual or imminent harm and has based its harm on premature speculation; that the City itself is immune and has acted properly, in good faith, and as authorized or required by law to act; that the relief requested by the farm would violate the rights of the citizens of Toledo; that the farm has a duty to mitigate its damages; and that the farm failed to join necessary parties and has not stated a basis for the relief requested. Toledo asks the court to dismiss the case and award all costs of the lawsuit to the City of Toledo.

What’s next? Now the parties must wait for the court to act on the motion to intervene, motion to dismiss, and/or the City of Toledo’s request to dismiss the case.  We’ll keep watching the case and will let you know when the court makes a ruling on any of these requests.

Third of Georgia counties under drought conditions
May 19, 2022