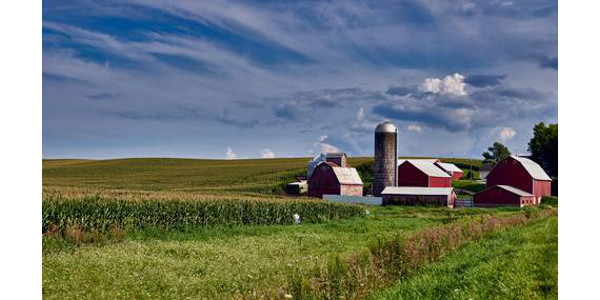 Two arguments in an Ohio case are most relevant to others: that Ohio’s statute of frauds requires that a contract be in writing and that a contract is illegal because an executor cannot purchase land from an estate. (Courtesy of MSU Extension)

COLUMBUS, Ohio — Unfortunately, the death of a farmland owner can create conflict within a family.  Often,  transition planning by the deceased could have prevented the conflict.  Such is the case in a family disagreement that ended up before Ohio’s Third District Court of Appeals.  The case pitted two brothers against one another, fighting over ownership of the family farm.

When their mother passed away in 2006, the five Verhoff siblings decided to sell the family farm.  Two of the brothers wanted to purchase the farm, but one of them was also the executor of the estate.  The estate’s attorney advised the executor brother that he should not buy the land directly from the estate due to his fiduciary duties as executor.  The attorney recommended that the executor wait and purchase one-half of the farm from the other brother after it was transferred from the estate to the other brother.

A contract for the sale of land should be in writing, but there are exceptions

Ohio’s “Statute of Frauds” provides that a contract or sale of land or an interest in land is not legally enforceable unless it is in writing and signed by the party to be charged.   The other brother argued that because there was no written agreement about the ownership of the farm, the situation did not comply with the Statute of Frauds and could not be enforceable.  However, the court focused on an important exception to the Statute of Frauds:  the doctrine of partial performance.  The doctrine removes a verbal contract from the writing requirement in the Statute of Frauds if there are unequivocal acts of performance by one party in reliance upon a verbal agreement and if failing to enforce the verbal agreement would result in fraud, injustice, or hardship to that party who had partly performed under the agreement.

Based upon evidence produced by the executor brother, the appeals court agreed with the trial court in determining that an oral contract did exist between the two brothers and that the executor brother had performed unequivocal acts in furtherance of the verbal contract.   The court explained that the executor brother had endured “risks and responsibility” by giving the other brother money with the expectation that he would receive rental income from the farm and own a one-half interest in the property.  An injustice would occur if the verbal contract was not enforced because of the Statute of Frauds, as the other brother would receive a windfall at the executor brother’s expense, said the court.  The court concluded that because the doctrine of partial performance had been met, the writing requirement in the Statute of Frauds should be set aside.

Did the executor brother violate his fiduciary duties by purchasing the land?

The other brother also claimed that the verbal contract was illegal because the executor brother made a sale from the estate to himself.  According to the other brother, the sale violated Ohio Revised Code section 2109.44, which prohibits fiduciaries from buying from or selling to themselves or having any individual dealings with an estate unless authorized by the deceased or the heirs.

Imagine the toll this case took on the family.  It’s quite possible that parents can prevent these types of conflicts over what happens to the farm when they pass on.  An initial step for parents is to determine which heirs want to transition into owning and managing the farm, and what their future roles with the farm might be.  This often raises other tough questions parents must face:  how to provide an inheritance to children who don’t want the farm when other children do want the farm? Must or can the division of assets be equal among the heirs?  What about other considerations, such as children with special issues or not having heirs who do want to continue the farm?  These are difficult but important questions parents can answer in order to prevent conflict and irreparable harm to the family in the future.

The good news is that there are legal tools and solutions for these and the many other situations parents encounter when deciding what to do with the farm and their assets.   An attorney who works in transition planning for farmers will know those solutions and can tailor them to a family’s unique circumstances.  One agricultural attorney I know promises that there’s a legal solution for every farm family’s transition planning issues.   Working through the issues is difficult, but identifying tools and a detailed plan for the future can be satisfying.  And it will almost certainly prevent years of litigation.

The text of the opinion in Verhoff v. Verhoff, 2019-Ohio-3836 (3rd Dist.) is HERE.  For more information about farm estate and transition planning, be on the lookout for our soon-to-be released Farm Transition Matters law bulletin series or catch us at one of our Farm Transition Planning workshops this winter.