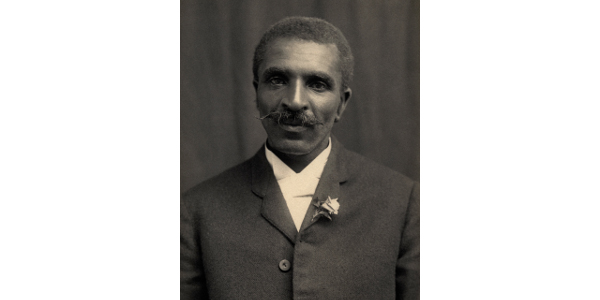 In his role as an educator, Carver organized institutes to share his research with sharecroppers and tenant farmers. He believed that scientific farming methods could reduce their production costs and make them self-sufficient, said Wiebold. (Courtesy of University of Missouri Extension)

“We can be proud that Missouri produced this great person. He was an agronomist with a mission,” said Bill Wiebold, director of the Missouri Soybean Center.

In his role as an educator, Carver organized institutes to share his research with sharecroppers and tenant farmers. He believed that scientific farming methods could reduce their production costs and make them self-sufficient, said Wiebold.

He also led six-week hands-on courses for farmers. For those who could not afford to travel to these courses, he organized the “Jesup Agricultural Wagon,” which served as a mobile agricultural school.

“Carver was a pioneer in value-added agriculture,” Wiebold said. “He knew that crop rotation would fail if other crops in rotation had little value. His work with the bean foreshadowed the many ways that soy is used in the marketplace today.” Carver used soybean to produce nondairy cheeses, baking flours and other foods.

Carver was born in the 1860s as a slave near Joplin, Mo. He was freed when slavery ended in Missouri in 1865. He was educated at home until age 11 and then attended a school for black children. At 14 he moved to Kansas on his own to continue his schooling.

He homesteaded near Beeler, Kan., in his early 20s. In 1890 he moved to Iowa to study art, then decided to study botany at Iowa State College of Agriculture and Mechanical Arts, where he earned bachelor’s and master’s degrees. Booker T. Washington invited Carver to join him at Tuskegee Institute of Alabama. He served as a professor at Tuskegee for more than 40 years.

He championed the use of crop rotation, crop diversification and composting. He developed hundreds of products using soybean, peanuts and sweet potatoes.

The late Donald W. Heil, a lifelong Carroll County farmer and international promoter of soybean, was the first inductee to the hall of fame..