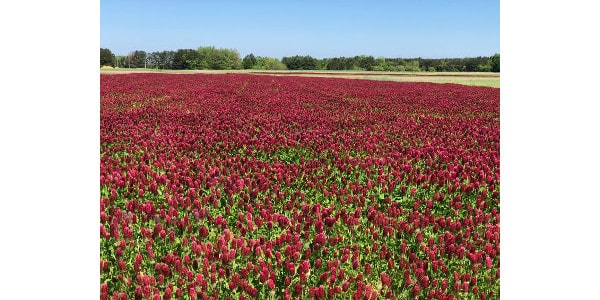 Carbon credits, agriculture and climate change are back in the news and not mutually exclusive topics. New Secretary of Agriculture designate Tom Vilsack has pledged to use federal programs to encourage adoption of climate-smart agricultural practices that produce verifiable carbon reduction. (Michele Dorsey Walfred/Flickr, Creative Commons)

Carbon credits, agriculture and climate change are back in the news and not mutually exclusive topics. New Secretary of Agriculture designate Tom Vilsack has pledged to use federal programs to encourage adoption of climate-smart agricultural practices that produce verifiable carbon reductions and sequestrations and create new sources of income and jobs for rural Americans.

Tom Vilsack, former Governor of Iowa and US Secretary of Agriculture in the Obama administration, has a good track record of working with Congress, commodity organizations and private industry. He was at Cabela’s in Dundee, March 2012, to announce the first $6 million to help agriculture mitigate the algae bloom of the Western Basin of Lake Erie.

USDA has been directed to collect input from farmers and other stakeholders on how to use federal programs to encourage adoption of climate-smart agricultural practices that produce verifiable carbon reductions and sequestrations and create new sources of income and jobs for rural Americans.

Carbon credits is not a new concept by itself, as there are already futures contracts tied to carbon-offset credits used in so-called cap-and-trade systems around the world. The Thursday, Jan. 28, 2021, Wall Street Journal had an article on page B11 reporting the Chicago Mercantile Exchange (CME) will launch futures contracts for trading of carbon offsets beginning March 1, 2021.

What does carbon have to do with agriculture? Carbon is one of 17 nutrients that plants need to grow, and one of three provided by the atmosphere, including oxygen and hydrogen. Hydrogen and oxygen are derived from water in the soil. Carbon comes from the “bad boy” carbon dioxide in the air. The other elements are weathered from soil minerals and organic matter and include: nitrogen, phosphorus, potassium, sulfur, calcium, iron, boron, magnesium, chlorine, manganese, molybdenum, copper, zinc and a new one, silicon.

Essentially plants take carbon dioxide (CO2) out of the air, utilize the carbon and discharge the oxygen. The bigger the plants, the more carbon; trees are better than lawn grass, for example. So farmers can benefit from a carbon trade with companies that discharge a lot of CO2. I know of one Lenawee County farmer, a long time no-till farmer, with a diverse group of crops and timber and woods, who has gotten a check for his carbon credits, which were “sold” to a company who needed to buy, or offset, their carbon emissions.

Some companies, investment firms, governments and other entities have set carbon reduction goals and apply these voluntary offset credits to their internal ledgers in order to balance out emission that they can’t otherwise eliminate. Companies including Apple and BP (British Petroleum) have pledged carbon neutrality in the coming decades under pressure from investors who have billion of dollars into environmental, social and governance (ESG) responsibility in mind.

Carbon credits is only one of several ESG objectives planned even before the change in the US government administration last month. However, government policies will provoke further demand. Michigan Senator Debbie Stabenow, as incoming chairwoman of the Senate Agriculture, Forestry and Nutrition Committee, is working with Senator Mike Braun of Indiana to “look at a framework for how we could create a voluntary carbon market and a new revenue source for agriculture.”

This effort marks a big step in sustainability (for agriculture), a concept first defined in the 1990 Farm Bill. An example as regards soybeans, the American Soybean Association has pledged that it is fully committed to ensuring every link in the (soybean) value chain continues to operate in a sustainable manner consistent with sound environmental objectives, is socially responsible, promotes economic growth and embraces best agricultural practices.

Southeast Michigan, with a Great Lake that has an estimated half of all the fish of the combined Great Lakes, a metropolitan population, diverse business and industry, multiple transportation modes, karst geology, various sources of electrical power and a diverse agriculture means that sustainability is not an issue that is going away. Carbon offset credits is simply one of the goals.