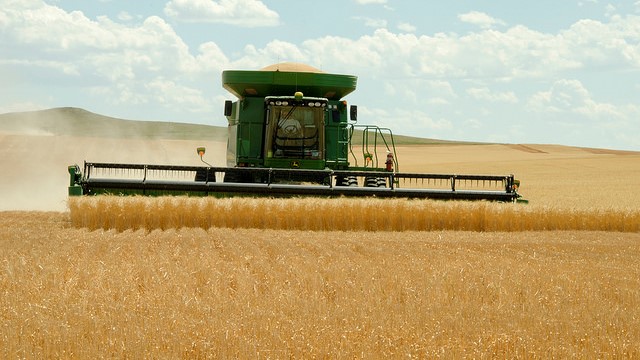 Canada's wheat exports to China grew from about 436,000 tonnes between January and November 2017 to nearly 1.3 million tonnes in the same months of 2018. (USDA NRCS Montana, Public Domain)

OTTAWA — Canada’s wheat exports to China jumped nearly 200 per cent from January to November 2018 as the Asian country stopped buying from American farmers amid a tariff dispute.

Wheat exports to China grew from about 436,000 tonnes between January and November 2017 to nearly 1.3 million tonnes in the same months of 2018.

Data for December is not yet available.

The U.S. Wheat Associates says on its website American farmers have been shut out of the Chinese market since March 2018 after China announced it would impose a retaliatory 25 per cent import tariff on American wheat.

The group put out a statement in July saying the ongoing trade conflict is already hurting farmers, adding that over the past three years Chinese customers purchased an average 20 million bushels of wheat from March to June compared to no new purchases since March 2018.

Americans to eat 1.3B chicken wings for Super Bowl