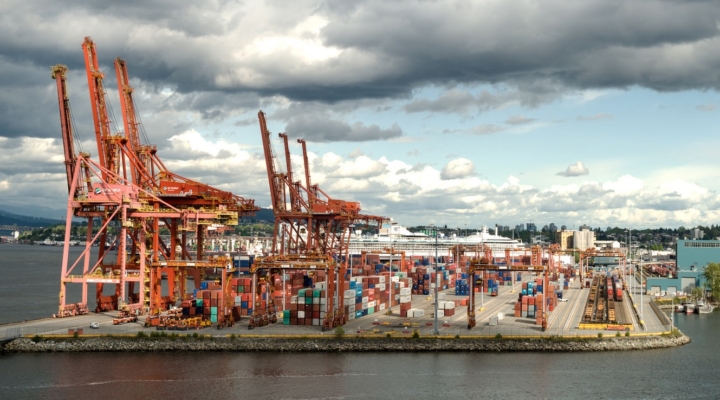 The last few years have seen thousands of tonnes of soybean and cereals shipped to Asia for use in animal feed amidst a growing appetite for pork and beef, said Robin Silvester, head of the Vancouver Fraser Port Authority. (Hubert Yu, Flickr/Creative Commons)

VANCOUVER — The Vancouver port saw record cargo numbers in 2018, driven by hunger for grain and potash overseas and a thirst for consumer products in Canada.

Cargo volume grew to a record 147 million tonnes last year, up 3.5 per cent from 2017, according to the Vancouver Fraser Port Authority.

“The growing middle class in China is starting to change consumption patterns,” said Robin Silvester, who heads the port authority.

The last few years have seen thousands of tonnes of soybean and cereals shipped to Asia for use in animal feed amidst a growing appetite for pork and beef, he said.

“But what’s interesting this year is the more specialty crops, like barley — and a lot of that’s going to China,” Silvester said in an interview Thursday.

“One of the things seems to be, just like here, growing craft brew production in China — smaller volume, higher quality beers.”

Barley volumes grew more than 54 per cent year over year in 2018 to 1.8 million tonnes, helped along by a bumper crop, according to the port authority.

Bulk grain volume dropped about one per cent last year, but more grain in containers — about 15 per cent of the roughly 27 million tonnes of all grain shipped — boosted total grain exports to record numbers, Silvester said.

The biggest grain terminal in the country is on track to launch at Port Metro Vancouver this year, the first new grain export terminal in the Vancouver area in more than four decades and evidence of the “confidence that grain supply companies have in growth in demand,” he said.

Potash exports ramped up nearly 28 per cent, hitting an unprecedented 9.2 million tonnes as the growing appetite for meat in Asia fuelled demand for it and other fertilizers to grow crops for livestock.

Container volume increased 4.4 per cent year over year in 2018, driven by Canadian demand for clothing, appliances and other consumer products. The port notched the equivalent of 3.4-million 20-foot containers, a new record.

“For every 10 containers that come in full to Vancouver, eight leave full. That touches back to the special grain crops — a lot of peas and lentils for India go out in containers,” Silvester said.

Loads of lumber, B.C. seafood and Prairie beef and pork all find their way into containers, he said.

Auto sector volumes decreased one per cent to about 425,000 units, with “all the tariffs causing some dynamic ups and down,” he said, referring to both the trade war between the U.S. and China and U.S. tariffs on Canadian steel and aluminum.

The auto category mainly comprises Asian-made cars exported for Canadian consumption, he said. “So anyone across the country who’s driving a car that was built in Asia, it was almost without a doubt imported on the Fraser River and taken across the country by rail.”

The port authority warned that West Coast container ports could be overloaded within five years, highlighting what it called the “need” for a proposed new container terminal, now undergoing review by a federally appointed panel.