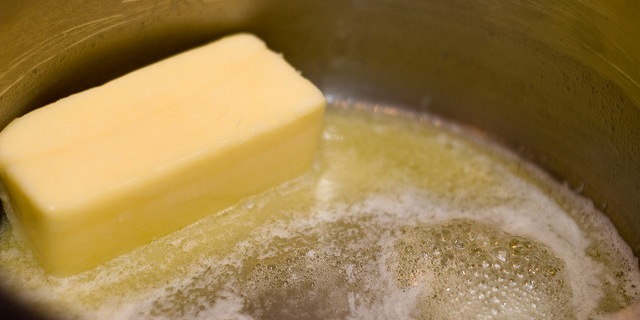 Since its introduction in 1942, Canada's food guide has specifically recommended milk or milk products as part of a healthy diet. For dairy farmers, any walk away from that could threaten an industry that employs more than 220,000 people. (brookpeterson, Flickr/Creative Commons)

VANCOUVER — Lobby groups for the meat and dairy sectors are up in arms over indications that Canada’s next food guide could discourage the consumption of beef, butter and cheese.

The guide, expected to be released early next year after its first overhaul in a decade, has been instrumental in teaching generations the importance of nutrition and a balanced diet. And while it may not be Health Canada’s intention, it can also serve as a key marketing tool for certain food industries.

Isabelle Neiderer, director of nutrition and research with Dairy Farmers of Canada, said she takes that as a sign that the new food guide could lump all protein, including dairy products, into one food group. The current food guide recommends two to four daily servings of milk and alternative products, depending on age and gender.

The elimination of the milk and alternative products category from the food guide would send a message that all proteins are the same and not take into account that milk products contain nutrients vital to human health, such as calcium and potassium, that other protein-rich foods don’t.

“It would be a disservice to the Canadian population and frankly, a recipe for disaster in terms of bone health,” Neiderer said.

Since its introduction in 1942, Canada’s food guide has specifically recommended milk or milk products as part of a healthy diet. For dairy farmers, any walk away from that could threaten an industry that employs more than 220,000 people.

The preliminary recommendations also encourage eating less red meat, instead pointing Canadians to leaner animal cuts and plant-based proteins. The current food guide’s suggests that Canadians should eat one to three servings of meat and alternatives.

The Canadian Meat Council says the proposed recommendations are so general that they aren’t helpful for consumers in choosing what foods to eat, in what quantities and how often.

Jackie Crichton, the council’s director of regulatory affairs, says not everyone needs to eat less meat.

“Anybody who is already consuming foods in the right proportions at the right frequency that result in a balanced diet, if they do read those general statements and were to decide, ‘Oh well, then I have to eat less of that protein,’ what would that impact be on their health?” Crichton said.

Health Canada said while it is encouraging Canadians to consume less red meat and foods high in saturated fat like butter and certain cheeses, it’s not urging they be ruled out altogether from one’s diet.

Unlike previous revisions of the food guide, industry doesn’t have an opportunity to meet one-on-one with Health Canada and instead must submit their comments on the guiding principles along with the rest of the general public by Monday, Hutchinson said.

“We have to ensure the development of the guidance is really free from any conflict of interest.”

Tainted eggs may have been found in Nov.