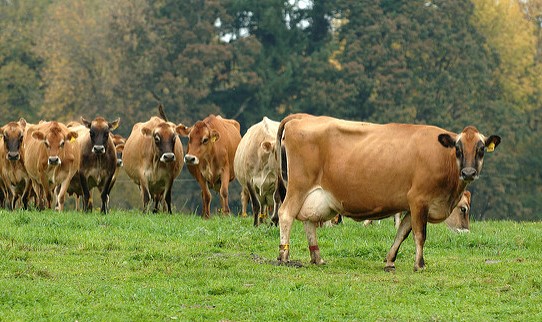 The irritant to U.S. farmers is the Class 7 pricing agreement struck in 2016 that has effectively restricted U.S. exports of ultra-filtered milk used to make dairy products, he said.

The policy allows Canadian dairy processors to buy domestic milk at world market prices instead of higher prices controlled by the national supply management system. The U.S. dairy groups say that provides the processors with an incentive to cut milk imports.

U.S. farmers have argued that the policy was designed to intentionally block imports from the United States, which would make them in direct violation of Canada’s trade commitments.

He said the powerful Canadian dairy farmers group has its head in the sand by calling for the preservation of all facets of the protectionist system.

“It’s like they’re asking for their cake and wanting to eat it too. It doesn’t make sense to me.”

While the pricing system has neither been a hindrance or benefit to Saputo, it exacerbates a problem that more solids are available than global demand.

“As an industry, I don’t think it makes a lot of logical sense to increase production when consumption isn’t there.”

Ending Class 7 is out of the question, said the Dairy Farmers of Canada.

“Although the comments took us by surprise, perhaps they are the product of the confusion around the notion of flexibility suggested by the federal government with respect to the NAFTA negotiations,” it wrote in an email.

“Notwithstanding, the association representing dairy processors across Canada continues to support both supply management and Class 7. Thus, the sector speaks with one voice.”

The introduction of Class 7 has strengthened the Canadian dairy system and resulted in more than $500 million in investments in the last two years from Dr. Oetker, Nestle, Coca-Cola and Gay Lea Foods, said Graham Lloyd, CEO of the Dairy Farmers of Ontario.

“I don’t think that it’s a valid irritant, remembering we don’t compete with them on the international market,” he said in an interview, calling Saputo’s suggestion not a solution.

“It does not make viable sense for how the Canadian marketplace is working. It priced domestic products, domestic ingredients at a competitive price, that’s all it did.”