Home » Can you get salmonella from your backyard chickens?
food safety poultry 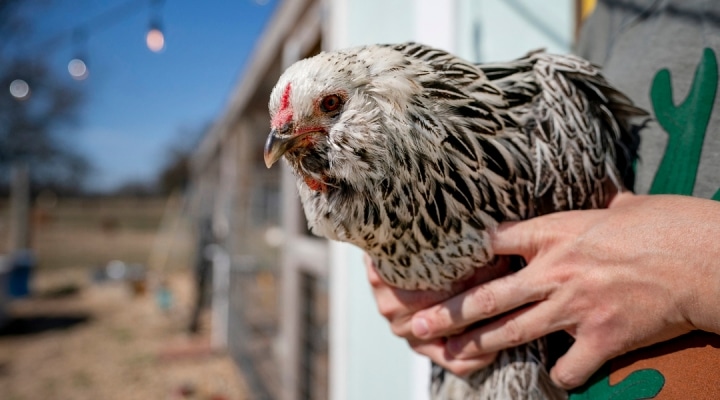 Backyard chickens owners are advised to wash their hands thoroughly after handling or working around their animals. (Texas A&M AgriLife photo by Laura McKenzie)

COLLEGE STATION, Texas — For those with backyard poultry, like chickens or ducks, a Texas A&M AgriLife expert encourages taking precautions against salmonella exposure as cases spike across the U.S.

The Centers for Disease Control and Prevention reported an uptick in salmonella cases, 672, with 157 hospitalizations and two deaths in 47 states, including 12 cases in Texas. There have been 198 new cases since June 24.

One in four cases involved children under age 5, according to the report.

Craig Coufal, Ph.D., Texas A&M AgriLife Extension Service poultry specialist and associate professor in the Texas A&M College of Agriculture and Life Sciences Department of Poultry Science, Bryan-College Station, said a recent increase in salmonella cases serves as a reminder that people should take simple sanitation precautions after visiting or cleaning their chicken coop or even simply handling the birds, eggs and meat.

“Some outbreaks are worse than others, but hundreds of infections happen every year,” he said. “Many people, especially new producers who are unfamiliar with poultry, don’t take simple steps to prevent exposure.”

Getting salmonella from backyard chickens

The popularity of backyard chicken flocks has increased over the last several years, Coufal said. The rising number of salmonella outbreaks shows there is continued need for public education about ways to avoid exposure through basic hygiene.

The true number of sick people in any salmonella outbreak is likely much higher than reported because many people recover without medical care and are not tested, according to the report. Among 423 people interviewed, 292, or 69%, reported contact with backyard poultry before getting sick.

Most chickens, ducks and turkeys carry some form of the more than 2,000 types of salmonella, Coufal said. It’s a naturally occurring part of their microbial flora. Birds are carriers so they typically don’t show signs of the bacteria.

Coufal said unusually high number of infections in 2020 likely correlated with the increased number of new backyard flocks established during the pandemic.

More than 30% of those cases resulted in hospitalizations.

“The numbers can fluctuate, but every infection is preventable as long as people are mindful when they handle the birds or fresh eggs and meat,” he said.

Despite salmonella’s presence, residents with backyard chicken flocks can greatly reduce the risk of infection by taking simple precautions, Coufal said. Petting or holding live birds, handling farm fresh eggs or working in areas frequented by birds, such as the coop, can expose people to salmonella.

Coufal said toddlers should never be allowed to handle poultry because of the likelihood of exposure. And adults and children should never kiss a chicken or baby chick or duckling.

“The number of children under age 5 being infected always jumps out at me,” he said. “But the data makes sense because parents think it is cute for the kids to hold or pet the birds, but then the child puts their fingers in their mouth and are potentially infected. It’s playing with fire.”

Coufal said the key to avoiding exposure is preventative hygiene, including hand washing with water as warm as you can tolerate and preventing salmonella from entering the home.

Routine precautions like removing clothes worn in the coop or while handling birds, especially shoes, before entering the home can also reduce chances of exposure, he said. Fresh eggs should be washed thoroughly with warm, running water, then dried with paper or cloth towels that will not come in contact with your hands or kitchen surfaces before storing in the refrigerator. Sanitizing wipes are also a good option.

How to prevent and treat salmonella in poultry

Practicing good hygiene at the coop can also help protect backyard flocks from exposure to salmonella and other bacteria and viruses, Coufal said. Poultry producers should not share equipment or materials with other producers. If sharing equipment, such as a coop, is necessary, it should be cleaned thoroughly and sanitized with a bleach-based cleaner.

Similarly, visiting neighboring poultry production areas or neighbor’s coops could also lead to transfer of pathogens if precautions, such as changing shoes or clothes, are not taken to prevent transmission, he said.

“When you buy birds at a flea market or in the want ads, you really don’t know where they are coming from,” he said. “There are no assurances of testing for diseases or the health status of the bird.”

Handling poultry is not the only way salmonella is spread, but according to the CDC, it is the most likely way to be exposed. Symptoms including fever, stomach cramps and diarrhea typically emerge six hours to six days after exposure

Illness typically lasts up to a week, and most people recover without treatment. But salmonella infections can spread to the intestine and bloodstream in severe cases that require hospitalization.

Children under the age of 5 and older adults or those with compromised immune systems may be more susceptible to salmonella infections, according to the CDC.

“Salmonella recalls on poultry products or in lettuce, tomatoes or peaches pop up from time to time, and that’s due to testing requirements,” he said. “Testing in backyard flocks is not prevalent, so again the focus needs to be on hygiene and exposure prevention, especially for those with weaker immune systems.” 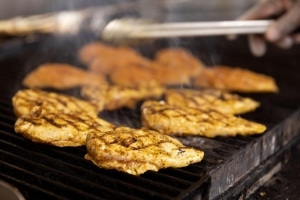 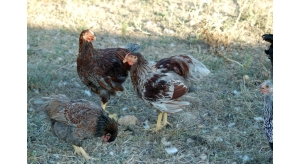 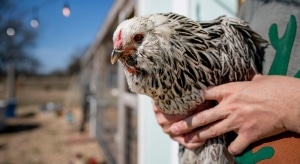 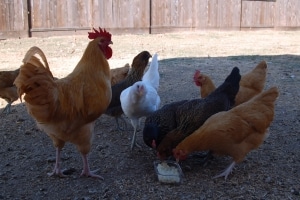 UNIVERSITY PARK, Pa. — At local farm supply stores, “Chick Days” — characterized by the sounds of chicks peeping, ducklings quacking, and children and adults squealing from all the avian cuteness — are winding down. This symbolizes, for many people, the end of spring. Summer’s approach also marks the time of year when officials at […] 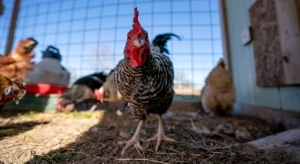 COLLEGE STATION, Texas — With interest in backyard chicken production during COVID-19 increasing the number of small flocks in Texas, experts are advising producers, especially beginners, to focus on the health of their birds for sustainable success. There are two preventative measures backyard producers can practice to protect their flocks – basic but consistent biosecurity and buying vaccinated […]

Tomato production 101: Beyond the "fruit or vegetable" debate