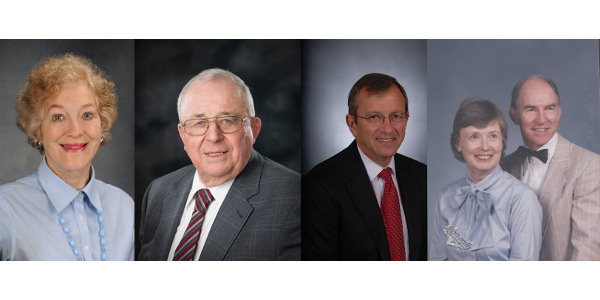 MADISON — On Oct. 19, the University of Wisconsin-Madison College of Agricultural and Life Sciences (CALS) will present its Honorary Recognition Award to Allan Herrman and Louis Wysocki, its Distinguished Service Award to Robert Kauffman, and its Distinguished Alumni Award to Mary Beth Kirkham.

These are the highest honors bestowed by the college. The Honorary Recognition Award, established in 1909, recognizes individuals who have made significant contributions to their professions, their communities and the university. The Distinguished Service Award, first presented in 1994, recognizes meritorious service by CALS faculty and staff members. The Distinguished Alumni Award, which recognizes lifetime achievement and service, has been presented since 2009.

The awards will be presented at the CALS Honorary Recognition Banquet on Thursday, Oct. 19 at Union South, located at 1308 W. Dayton Street in Madison. For more information and to register for the event, visit www.cals.wisc.edu/honorary/.

Allan Herrman is truly a fixture in the CALS and WALSAA community. He stood out as a leader early on, serving as a Farm and Industry Short Course dorm housefellow and Ag Council president. After graduating from UW-Madison in 1977 with a degree in dairy science, he worked in ag-related branches of state government before landing at Wisconsin Public Service in 1985. For the next twenty-eight years, he worked to provide electricity and innovation to Wisconsin farmers. He recently retired from his position as manager of wholesale services at WPS, where he led a team that supplied more than $200 million in annual sales of electricity to cooperatives and municipal utilities. Throughout his career, Herrman has held a variety of positions, but always, his focus has remained on agriculture and education. He served on the WALSAA Board of Directors for three terms, including two terms as WALSAA president. He is currently leading the Dean Henry Residence Fund committee, and is co-chair of the WALSAA events committee. In September, he will receive the WALSAA Daluge Red Jacket Award, which honors those who have made a significant contribution to WALSAA and the future of the organization.

Louis Wysocki has established himself as a titan in the potato and vegetable industry. He grew up on a family dairy farm in Portage County and was introduced to potatoes when he and his brothers started selling them on the fresh market as a new business venture. That entrepreneurial spirit has served him well. Today, the family farm is a multi-corporation business. His greatest achievement has been to develop the next generation as managers and, with many family members, create a cohesive family business for which he is recognized and sought out nationally. The 30,000-acre farm boasts a nationwide sales and brokerage office, packaging company and specialty baby potato farm. They also market potatoes for more than 50 farms nationwide, giving access to small family farms and utilizing a pool system to stabilize pricing across suppliers. Wysocki is also a leader, having served as president of the Wisconsin Potato and Vegetable Growers Association (WPVGA) and the National Potato Council. He is a member of the WPVGA Hall of Fame. He also served on the Wisconsin Department of Agriculture, Trade and Consumer Protection Board for many years, including six terms as chairman. At his first board meeting, he proposed an idea that eventually led to the creation of the Wisconsin Milk Marketing Board.

Robert Kauffman’s professional career has been stamped with a credo from a book he received while an undergraduate at Iowa State University: Stand tall, smile tall, think tall and live tall. After graduating from Iowa State – where he played trumpet in the Cyclone marching band – Kauffman served in the Air Force. He moved to Madison, where he earned master’s degrees and a Ph.D. from UW. Shortly after, he embarked on a career that has left a profound impact on everyone he has met along the way. “Dr. K,” as he is affectionately known, developed groundbreaking teaching methods that are still used at CALS and elsewhere. He created the Academic Quadrathlon, a national competition that tests the knowledge and skills of animal science students. To date, more than 15,000 students from 50 universities have participated. Once, a former student dropped by his office years after graduation and asked Kauffman if he still remembered her. Yes, he said, and pulled a scrapbook from a shelf. Inside were biographies of every student enrolled in her class that semester—ten years earlier. It’s these relationships he forged with countless students during his tenure that will be perhaps his most indelible legacy. He is renowned as a forward-thinking and influential figure in the meat science industry.

Mary Beth Kirkham has gained a reputation of being a leading figure in the field of soil science and agronomy over a career spanning nearly five decades. She earned her M.S. and Ph.D. in botany with a minor in soil science from UW-Madison, making her the first female graduate student in soil science. She then embarked on a prodigious professional path. After her Ph.D. studies, she was a postdoctoral fellow at what is now the Nelson Institute, then took a position with the EPA in 1973. Her academic career took her to the University of Massachusetts and Oklahoma State University before landing her at Kansas State University in the Department of Agronomy, where she works today. Both her written output and editorial prowess are impressive. She has written three books, edited four more, and authored or co-authored more than 300 scientific articles. She is known as an expert in soil-plant-water relationships and was one of the first researchers to examine the link between soils and climate change. Kirkham is a tireless advocate of graduate education as well. Her educational family tree boasts dozens of M.S. and Ph.D. students, many of whom have achieved prestige in their own right. Kirkham truly exemplifies the spirit of education and is a long-standing supporter of the Department of Soil Science, CALS and UW-Madison. 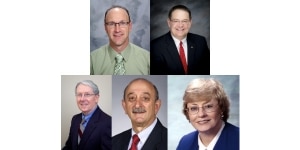 MADISON — The University of Wisconsin–Madison College of Agricultural and Life Sciences (CALS) is planning to hold its annual Honorary Recognition Banquet and Ceremony on October 21, 2021. At the in-person event, the college will present its Honorary Recognition Award to Mitch Breunig and Al Gunderson; its Distinguished Service Award to Elton D. Aberle; and […]