Home » California marijuana growers can’t take much to the bank 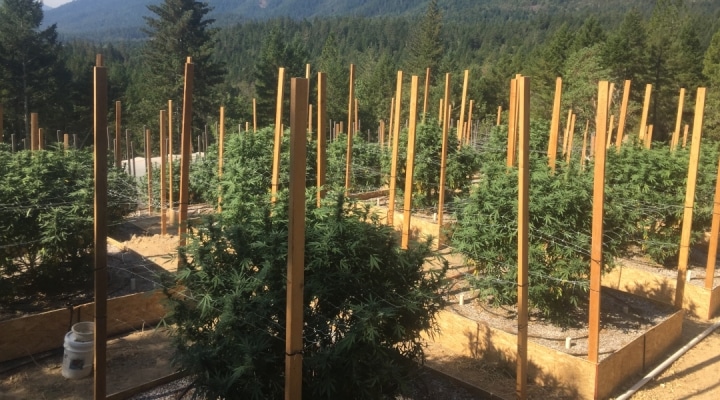 DAVIS, Calif. — Legalization of marijuana in California has helped some financial institutions in the state increase their assets. At the same time, many banks, feeling stifled by federal regulations, deny services to licensed growers, manufacturers and retailers, a new study shows.

Of the banks and credit unions contacted by researchers at The Ohio State University and University of California for the study, most were not knowingly involved in the cannabis industry.

Combining data on bank holdings and interviews with growers and bankers, the research –published online in the journal Agricultural Finance Review – paints an initial picture of how the marijuana and financial industries co-exist in California now, and suggests regulatory changes could create new opportunities for both.

The data analysis did make one thing clear: Legalization of the estimated $16 billion marijuana industry in California has been a boon to financial institutions. But restricted access to banking, from checking accounts to loans, perpetuates inequities for those participating in the legal production of cannabis – while unlicensed, illegal growing and exporting continues as an enormous cash-based sector of the industry.

“We need a better understanding of the economics of this industry and all of the questions and implications related to it so the impacts of policy choices are intentional,” said lead study author Zoë Plakias, assistant professor of agricultural, environmental and development economics at The Ohio State University.

“If we want to have a more equitable society and allow communities to keep more of the value of this crop, how do we do that? We first need to characterize what happens in communities when you legalize cannabis.”

Plakias and Margaret Jodlowski, assistant professor of agricultural, environmental and development economics at Ohio State, conducted the study with researchers Taylor, Parisa Kavousi and Taylor Giamo at the University of California, Davis.

“The tensions we are observing in the cannabis banking space comes about in part due to the inequity felt between large cannabis and small and legacy operators,” Taylor said. “The ‘big guys’ are able to absorb a great deal more than ‘Ma and Pa.’”

Marijuana is listed as a Schedule 1 drug under the federal Controlled Substances Act. Even in states that have legalized recreational and medicinal use of cannabis, it is still a federal crime to possess, buy or sell marijuana. California legalized recreational cannabis for adults in 2016, and the industry is overseen by the Department of Cannabis Control.

Data used by the researchers for this study included bank and credit union call data for the years 2015-2020. The analysis showed that assets held by financial institutions in counties that legalized marijuana had increased in that period by almost $750 million and loan activity rose by about $500 million.

These benefits are presumed to be spillover effects of better overall economic health that followed cannabis legalization in specific counties, Jodlowski said, because the interviews with financial institutions indicated there has been little appetite among banks to associate with the marijuana industry.

“It’s important to remember when talking about loans that it’s not possible to identify whether they were for cannabis operations, and they’re probably not based on what we heard from stakeholders,” she said. “It’s more of a general relationship. The bank is doing better, and they’re able to lend out more in general and earn more interest from loans.”

When they narrowed the analysis to banks that operate only in California, the researchers found that for each single new manufacturing or retail license, bank assets and loan capacity grew by tens of thousands of dollars. Cannabis cultivation licenses, on the other hand, had no impact on California banks’ holdings.

“This suggests that a lot of the economic benefits of legalization come from other stages of the supply chain – and it’s not a foregone conclusion that farmers benefit from legalization,” Plakias said. “There’s a need to think about how farmers who are producing cannabis in the legal market, often operating in rural environments with a weaker economic base to start with, can be supported in the context of economic development.”

The team also interviewed marijuana farmers and representatives from banks and credit unions in Humboldt, Trinity and Mendocino counties – the “Emerald Triangle” region known historically in California and nationally for the quantity and quality of marijuana produced there.

On the financial side, bankers reported being hamstrung by ambiguous federal guidelines that pose a real risk to financing cannabis, largely because banks are required to report suspicious transactions to the federal government. They might be seen as players in a criminal enterprise even by providing banking services to employees who work for licensed members of the cannabis industry, or they could lose big on lending if cannabis-related assets backing a loan were seized by federal agents.

“What’s consistent across all financial institutions is that it’s very costly, and does involve taking on some risk, to be in compliance with all of the guidelines – the risk being that even if you follow all guidelines to the letter, there’s no assurance that you can’t still get in trouble,” Plakias said.

Cannabis growers they interviewed reported paying fees ranging from $200 to $3,000 per month for bank accounts, which they found to be cost prohibitive. These limitations leave most licensed marijuana producers and retailers in the lurch, forcing them to rely on nontraditional financing arrangements – maybe investing in friends’ endeavors – or risk running cash operations.

“There is a lot of evidence that cash can be better for a local economy because cash tends to stay local – but we are now a credit-based economy,” Jodlowski said. “In this day and age it’s incredibly harmful for local economic development to have an entire sector that’s denied access to credit, because so much of developing as a household, or individual, or industry requires credit and requires demonstration of credit-worthiness.

“That’s a fundamental harm of these sorts of restrictions.”

This research is part of a larger project on cannabis and community economic development in California supported by a grant from the UC Davis Cannabis and Hemp Research Center. As part of this project, the California authors on this paper recently published a review of the opportunities and challenges marijuana legalization poses for localities in which the crop is cultivated and sold.

“It’s clear we need policies making cannabis banking and finance more equitable,” Taylor said. “It’s also clear that ‘Ma and Pa’ enterprises need to associate together in formal organizations so they can achieve economies of scale and harness their political power to endure the transition to legal.”

Despite the stigma attached to marijuana, even when legal, its status as California’s most valuable crop – estimated to be worth more than almonds and dairy combined – attracts outsiders who are better-equipped to come up with funding to get their operations started and compete with legacy growers who have lived and worked in California for generations.

This trend necessitates development of evidence-based policies that take all participants into consideration, the Ohio State researchers say.

“Our findings speak to confusion around existing policies and the need for streamlining, clarifying and having a more unified approach to regulating this industry,” Jodlowski said.