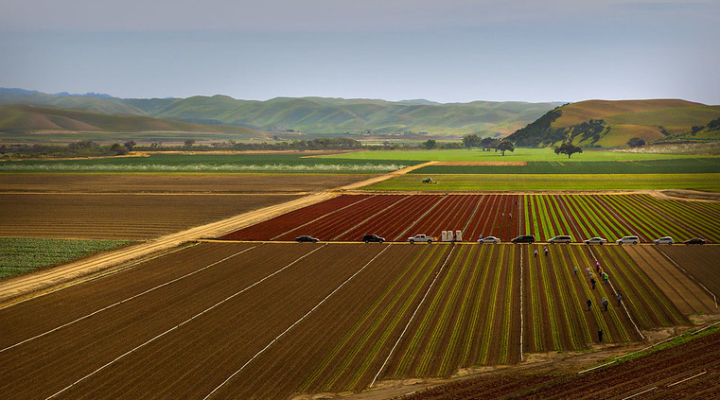 SACRAMENTO — Rural and urban California will benefit from improved agricultural trade, and the California Farm Bureau Federation said it’s pleased by today’s announcement of a pending vote on the United States-Mexico-Canada Agreement. The USMCA will reduce barriers to trade throughout North America.

“We’ve been advocating for months for a vote on the USMCA, so we’re happy the White House and Speaker Pelosi have agreed to move forward,” CFBF President Jamie Johansson said. “As a Californian, Speaker Pelosi recognizes how the USMCA will help most California agricultural products gain improved market access to two top export customers.”

Canada is the No. 2 market for California agricultural exports and Mexico ranks fifth. Combined farm exports to the USMCA partners exceeded $4.3 billion in 2017, according to the California Department of Food and Agriculture.

“California food and agricultural exports to Canada and Mexico support more than 56,000 jobs—and jobs will be added as those exports increase,” Johansson said. “Those jobs will benefit rural and urban areas. Agricultural exports support jobs at ports, marketing companies, food processors, trucking firms and other businesses that prepare and move agricultural products from California farms and ranches to customers in Canada and Mexico.”

He said the USMCA will strengthen science-based procedures to protect human, animal and plant health—known as sanitary and phytosanitary measures—while improving the flow of trade. It also contains specific provisions to benefit exports of processed fruits, milk and dairy products, beef, wine, poultry and eggs, and other products.

“We’re encouraged by prospects for a quick, positive vote on USMCA in the House of Representatives,” Johansson said. “The sooner that happens, the sooner Californians will begin reaping the benefits the agreement will bring.”