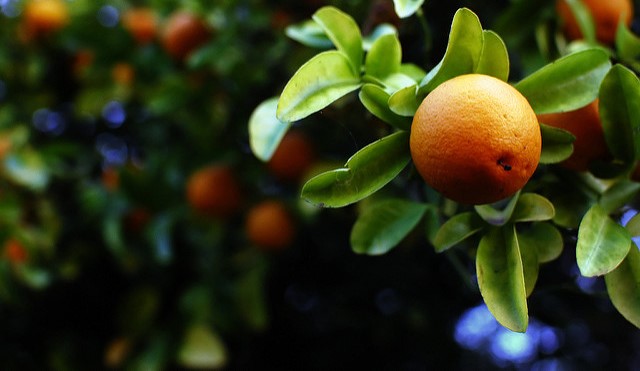 "The Board unanimously agreed that the Administration's trade mitigation proposal is a noble effort to satisfy the President's statement that U.S. farmers will not be negatively impacted by his trade policies," remarked CCM Board Chairman Curt Holmes. "However, as released and presently understood, the proposal falls short of meeting the needs of citrus growers who export approximately 25% of their tonnage to offshore markets." (Rafael Castillo, Flickr/Creative Commons)

EXETER, Calif. — The California Citrus Mutual Board of Directors has reviewed the Administration’s proposal to provide $12 billion in mitigation to U.S. farmers to offset losses resulting from the ongoing trade debate.

“The Board unanimously agreed that the Administration’s trade mitigation proposal is a noble effort to satisfy the President’s statement that U.S. farmers will not be negatively impacted by his trade policies,” remarked CCM Board Chairman Curt Holmes. “However, as released and presently understood, the proposal falls short of meeting the needs of citrus growers who export approximately 25% of their tonnage to offshore markets.”

“The three program areas, as presently structured, are not viable pathways for our producers,” states CCM President Joel Nelsen.  “Obviously, one area is geared toward grains and major commodities, whereas it was hoped that the other two could benefit specialty crops.”

The two programs intended to support specialty crop producers involve the purchase of excess inventory and trade promotion activities to help redirect volume normally exported to China and other destinations.

Historically, the commodity purchase program is one that buys product not viable for domestic or export markets at reduced prices.   “The potential revenue that could be generated via this program for growers is far less than export revenues, thus to assume it is a viable alternative would be incorrect,” continues Nelsen. “A quick survey of the industry indicates that growers and shippers do not generally utilize this distribution channel.”

The Market Access Program (MAP) is one familiar to the citrus industry. However, the MAP is typically limited to specific marketing campaigns designed to spur demand in a new market in which a brand or product is not well known.  As such, MAP funds are directed into the offshore markets, not as payment to growers or shippers.

“While MAP does provide value to an industry over time, the benefits to growers are not instantaneous and would not necessarily provide immediate relief,” says Nelsen. “For MAP to be beneficial in the context of trade mitigation, it would have to be modified so that fruit currently or soon to be in the market can be redirected, potentially to numerous destinations, immediately.  We are talking about considerable tonnage and to assume one market, unless it is the domestic market, could absorb that tonnage is just wrong.”

Communications have commenced as to how the fruit and vegetable sector losses could be rectified.

“USDA officials have indicated they are eager to hear how specific modifications could benefit an industry such as ours.  CCM plans to take advantage of the invitation and, together with other commodity colleagues, present ideas that would lead to a viable economic offset,” concludes Nelsen.

The port strike just a few years ago cost the California citrus industry over $600 million in lost export sales.  While the existing trade dispute will not manifest itself into losses of that magnitude, the industry has identified potential impacts on market value and other areas affecting the customer base.